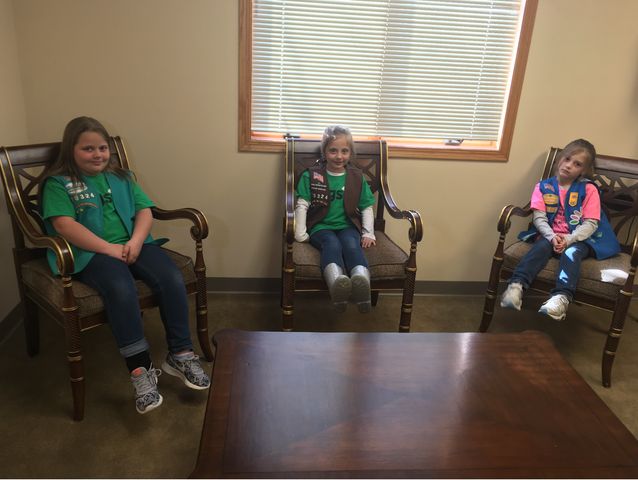 COLUMBIA – Troops were helping troops on Friday, thanks to a local dentist.

For the rest of the month, Cherry Hill Dental is inviting Girl Scout troops to come in and sell their famous cookies, all for a good cause.

The office will buy cookies from the troop, then send those cookies overseas to service members as part of the Troop 2 Troop program.

“You know the saying that baseball and apple pie is American. I think the third thing on the list would be Girl Scout cookies,” Vietnam veteran William Malone said.

Every box of cookies purchased by the office will be sent to the troops overseas.

Malone said when he was overseas, he remembered being sent the cookies, and said it reminded him of home.

According to the office, there have been about 26 Girl Scout troops visiting in the past week and a half.

“I really like it,” said Girl Scout Aya Cosby, “It actually makes the people in the military feel at home because they’re out there working hardest in different countries that they’re not even from. They don’t feel like they’re at home most of the time.”

Cherry Hill Dental is paying for each box of Girl Scout cookies out of its own pocket.

“Believe me, when you’re over seas and away from your family and being shot at, the best thing is a box of cookies,” Malone said.