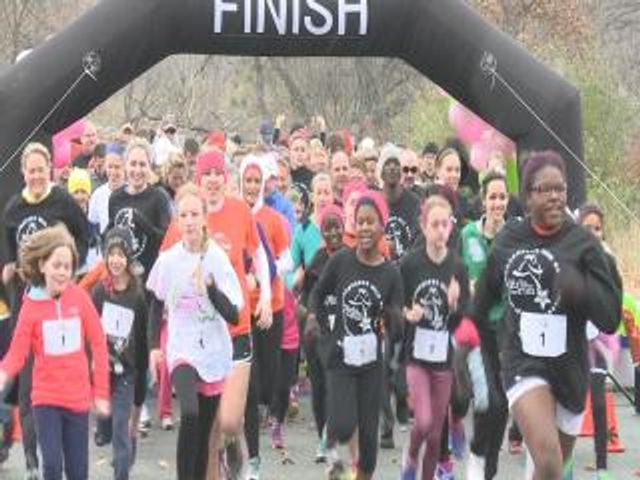 COLUMBIA - More than 140 girls from the Heart of Missouri Girls on the Run program ran in a 5K race Saturday to raise money for youth health education and female empowerment.

The race at Stephens Lake Park is the fourth run for the program, which is in its second year, with fall and spring seasons each year.

Dawn Brown, the interim council director for the Heart of Missouri program, says the race is the culmination of a lot of work over the past few months.

"They have been working for 10 weeks, twice a week after school participating in lessons on how to handle bullying, gossip, peer pressure, how to be healthy, how to handle messages that come from society that may be unhealthy, and they've learned about setting goals," Brown said. "Their goal for the season has been to run a 5K."

While the Heart of Missouri Girls on the Run program started with 24 runners from two schools, it will have 11 this spring.

Brown says they try to add two or three schools every season. In the spring, Grant Elementary and Sheppard Elementary School are joining the program as well, and she thinks the program will only continue to grow.

"Word has spread, and it's so successful because they come away feeling so empowered and so good about what they're doing and who they are and it's a contagious thing, so it's going to keep going," Brown said.

The Girls on the Run program was founded nationally in 1996 in North Carolina.