Girls with Guns Aim for Safety 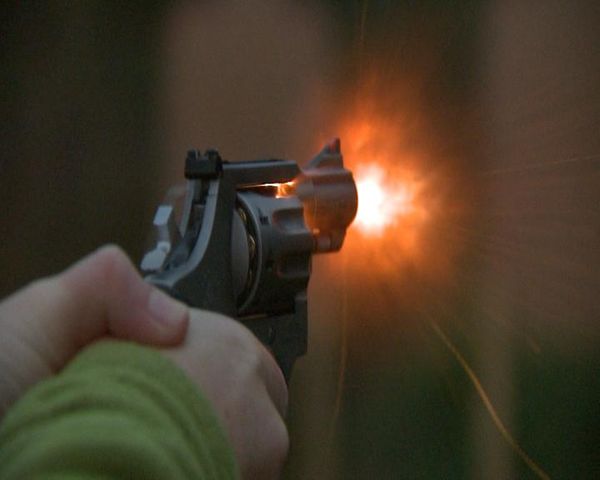 COLUMBIA - For some of these women, it will be their first time firing a weapon.

For others, it will be their first time firing a pistol.

That's why Ellen Kliethermes and others started the Columbia chapter of A Girl and A Gun.

The group's goal is to get women familiar with firearms.

The club had nearly 100 women show up on their opening night.

Kliethermes said most of them joined to learn about self-protection.

She said it's important that she "can use a gun to protect," herself.

Rachel Payton, a group member and co-facilitator with Kliethermes, agreed.

"I wanna know how to defend myself with a gun if...it ever comes to that," she said.

Kliethermes said they also join for other reasons. She said they, "like the different recreational aspects also."

That's why they brought in Pete Jones. He's an instructor with Tim Oliver's Learn to Carry.

The group holds informational sessions like this a lot. Sometimes they bring in people from outside the group like Pete. Other times, Kliethermes teaches. She's an NRA basic pistol instructor.

The first thing Pete does: set the basic safety rules.

He has four of them: every firearm is always loaded, never point your weapon at anything you're not willing to kill or destroy, keep your finger straight and off the trigger until your sights are on target, and be aware of your target and what is beyond it.

Once safety is covered, Pete takes the women down to the firing range. He's going to teach them how to operate their firearm.

"Without proper training," he said, "using a firearm for self defense can be nearly more trouble than it's worth."

Kliethermes agreed. She said, "To have a gun, you need to be trained on it."

Training that more and more women are looking for. Jones said nearly seven out of ten of his new shooters are females.

Rachel Payton, group member and co-facilitator with Kliethermes, can relate.

Jones goes over all the basics: loading, unloading, how to aim.

Then, it's time to shoot.

Jones gives the instructions, "Fire one round, center of mass."

"Fire a second round as close as humanly possible to the first one."

Then, he gives the command.

Shots ring out, and the smell of gunpowder fills the air as the women shoot at cardboard cutouts shaped like human torsos.

Some of the more experienced ones do well. Others are lucky to hit the target.

When the firing stops, Jones and his fellow instructors evaluate how the women did, and t give them pointers.

Then, it's time to repeat.

Different drill, same goal: prepare the women for a situation where they may need a gun to defend themselves.

But it's something Jones hopes will never happen.

"A firearm is never your first option," he said, "it is always your last option."