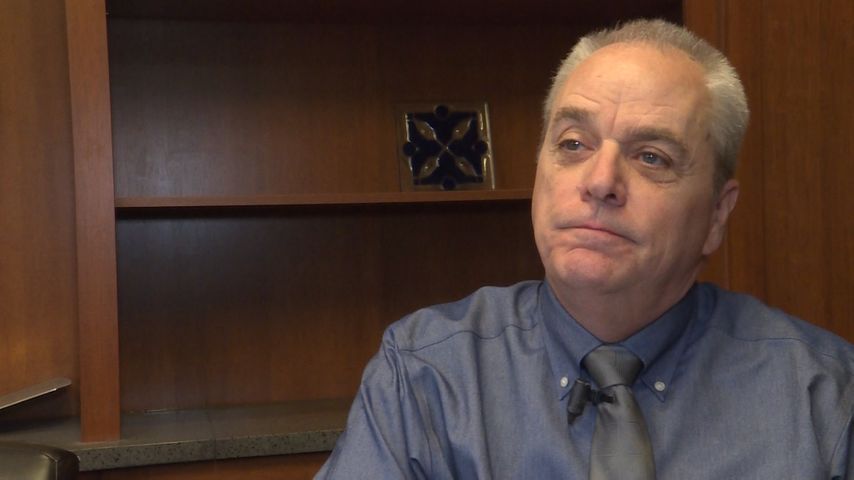 COLUMBIA - An announcement on who will serve as the city's interim police chief should come around Feb. 1, Interim City Manager John Glascock said.

In the time Glascock has been in his position, the city has seen the departure of the police chief.

In emails obtained through an open records request, Glascock asked Burton for his "regular office hours" after Glascock said Burton did not attend a meeting.

"No problem John. I will generally be in the office from 8-4 and seldom take lunch," Burton wrote.

Glascock also wrote he was "disappointed" Burton did not attend a civic breakfast.

Glascock told KOMU 8 News he wants to make sure taxpayers get their money's worth out of everyone who collects a paycheck.

"This wasn't about Chief Burton's work habits. It's about all department heads and how we represent the city," Glascock said.

It will be up to the permanent city manager to pick a permanent police chief, Glascock said.

When it comes to selecting an interim police chief, Glascock said he is looking for someone who will prioritize community policing and unify the department. There currently is no front-runner.

"I'm looking for a leader that can do what needs to happen," he said.

Mayor Brian Treece said he has "utmost confidence" in Glascock to make the right decision for the interim chief position.

"I look forward to his pick and making sure it is something that reflects the council's policy decision when it comes to community policing but also can best meet our community's needs right now when it comes to public safety," Treece said.

He described Glascock as a "strong leader with high expectations."

Glascock said the Columbia Police Department is moving ahead with community policing. He is trying to make sure it goes citywide.

"It may not look like it does today, but before we make any changes, that has to come back to council and make sure they're on board with what we're trying to do," he said.

In late August, a report for the city council on community policing written by Matthes and Sgt. Robert Fox was released. The report included information on a timeline, transition plan and budget, per the council's request.

Glascock said the council asked for it to be rewritten. Now that Matthes is gone, he said, it would be hard to rewrite what Matthes was thinking.

"I don't want to pretend I know what he was trying to present," Glascock said. "And so it would have to be rewritten back to my standards, and that would take a lot of work."

He said he expects a new report once there is a permanent city manager.

In the meantime, Glascock said he wants to implement the philosophy of community policing throughout the department.

"It doesn't take a report to implement community policing," he said. "There's a lot of books on it. There's a lot of literature on it. It's how do you get the current staff working in that direction?"

Glascock said the implementation will not happen overnight. As long as the city makes progress, the community will be satisfied, he said.

He said he has told employees at the police department he hears them and wants to hear from them.

"The best thing that I can tell you is they're very good people working at the police department," Glascock said.

"The biggest reason is I can't commit to a length of time," he said.

Glascock added: "I was looking at retirement before Mr. Matthes resigned. He and I had a date in mind. It's less than three years."

In his term as interim city manager, Glascock said his biggest reward has been staff acceptance.

"They have really stepped up and embraced me, especially the police department," he said. "I was amazed at their openness to me."