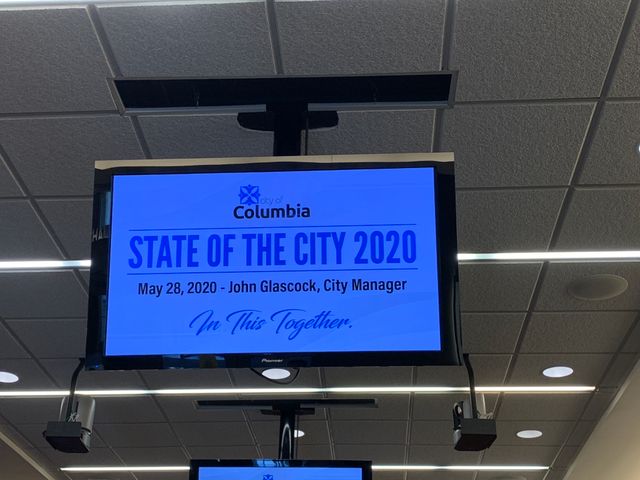 COLUMBIA - The City Manager of Columbia announced plans to further cut city budgets due to the effects of COVID-19.

"The current state of the city is... well... a struggle at best," City Manager John Glascock said.

Normally the state of the city address functions describing Columbia's upcoming budget priorities, but this year Glascock said it is hard to plan for future expenditures because the COVID-19 effects remain fluid.

"It is currently hard to gauge the impact of COVID-19 on our local economy since this pandemic isn't over," he said.

According to Glascock, the City of Columbia receives much of it's funding from sales tax revenue to pay for its services and employees. But, due to COVID-19, people are staying home and buying more goods online. To cover the revenue drop, Glascock announced he has requested city departments to submit budgets that include a 10% decrease in spending. This decrease may include cuts in jobs, supplies, services, and project delays.

Glascock also said he has instructed department directors to asses which jobs are "truly necessary" to maintaining city services, including ones that are currently vacant.

As an example, Glascock referenced the Columbia Department of Parks and Recreation, which has hired drastically fewer seasonal employees than is typical for the summer.

"Normally we hire around 700 to 800 part time employees for the summer work," Parks Department Director Mike Griggs. "This year we'll be lucky if we get around 200 to 300."

In terms of services, Griggs said his department is doing a lot more work with a lot fewer employees, and are moving employees around the department to places where more workers are needed to keep up with demand.

"The pool will only allow a certain number of people in to help with social distancing," he said. "And some parks, the grass will get mowed every 14 days instead of every 10 days. The trash might not get picked up as often, that sort of thing. We can't have employees everywhere at once."

Local mother Ashleigh Stundebeck said she thinks the parks department is doing a good job maintaining the parks under the circumstances.

"I think they look great really," she said. "To be honest, the kids are just excited to get out and play on the playground."

Glascock said the city will continue to adjust its plans as the situation continues to evolve.

"Much like families and businesses, we will continue adjusting to meet the financial situation ahead of us," he said.