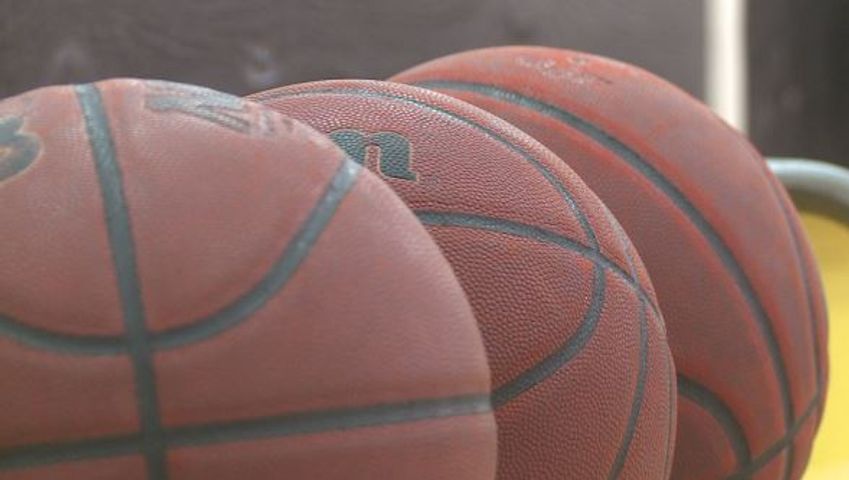 GLASGOW - Glasgow High School basketball has a strong presence in the first weekend of the Missouri State High School Basketball Tournament. Both the boys and the girls teams will be playing in the Class 1 State semifinals.

"I don't know if it's sunk in yet," Tara Fuemmeler, senior, said.

"For both teams to go for our town is quite an accomplishment," Mick Cropp, boys head basketball coach, said.

This is the first time in Glasgow history for both teams to make the state tournament in the same year.

"It's making history," Anne Reynolds, senior, said. "Everybody's so glad to be a part of."

The teams said they are glad to see their hard work paying off. They said the ultimate goal is to win a state title.

"Every year you start the season, you look to set a goal, and an ultimate goal generally is to get into the final four," Cropp said.

"It's a great honor," Bryant Hubbard, senior, said. "You know, not a lot of teams get to go to state."

"The girls put in a lot of work in the summer," Monning said.

"We've been working for this for a year, so it's really cool," Fuemmeler said.

The last time the boys team won a state title was in 1980.

The last time the girls won a title was in 2000, when Monning was on the team.

"I'm excited," Reynolds said. "Our coach has done it. So I think it's our turn."

"It's a lot of fun," Monning said. "I'm extremely proud of my kids. It's amazing. It's what we've all dreamed of."

Cropp said he credits his team's success to the fact that they have such great chemistry both on and off the court.

"They're a bunch of good guys that get along really well and play well together, play well off the court together, just a really close knit group," Cropp said.

"It's like we're more of a family than anything else," Hubbard said. "We're not just teammates, we're brothers out there playing together."

Both teams said they are excited for the weekend but know they wouldn't be where they are without their community.

"It shows that the town supports us, and they care enough to show up," Hubbard said.

"We have a tremendous booster club," Monning said. "Just the whole community, we raise basketball kids. Everyone in Glasgow plays basketball."

Monning said she hopes for the teams to both bring home state titles but said she more importantly hopes the teams enjoy the ride.