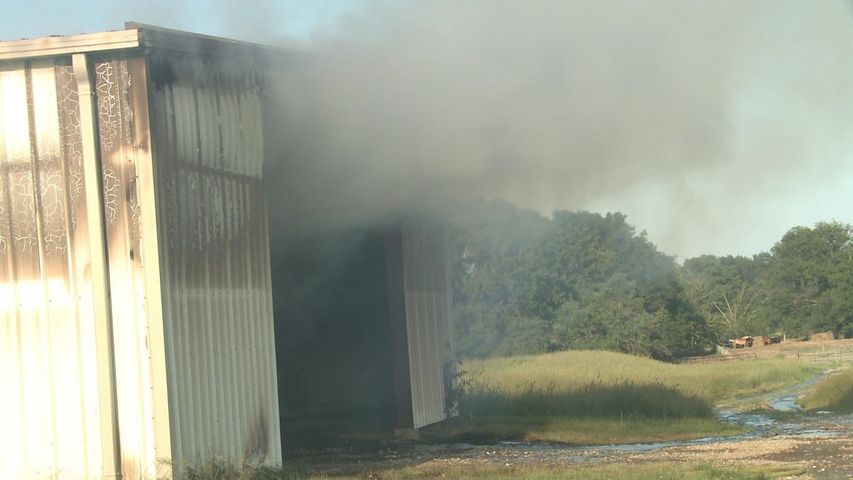 BOONE COUNTY - The Boone County Fire Protection district responded to a structure fire at Glendale Farm at approximately 4:15 p.m. Wednesday. According to Battalion Chief Gale Blomenkamp, the fire burned a grain combine and round hay bailer. Blomenkamp also said that equipment is worth more than $250,000.

No animals or people were injured in the fire. Although an official cause of the fire or damage estimate has not been issued by a fire investigator, Blomenkamp said the fire could have started when decomposing hay spontaneously caught fire.

More than 300 bales of hay are still burning in the barn, and fire crews and the farm's owners expect it to continue burning for the next few days. Owner John Glenn said there was nothing left to do but wait for the fire to burn out. Glenn also said fire crews or farm workers will continue to keep an eye on the flames.

KOMU 8 spoke with owner Frank Glenn at approximately 10 p.m. and he said the roof of the barn is starting to collapse. Both Frank and John Glenn expect the barn to collapse completely.