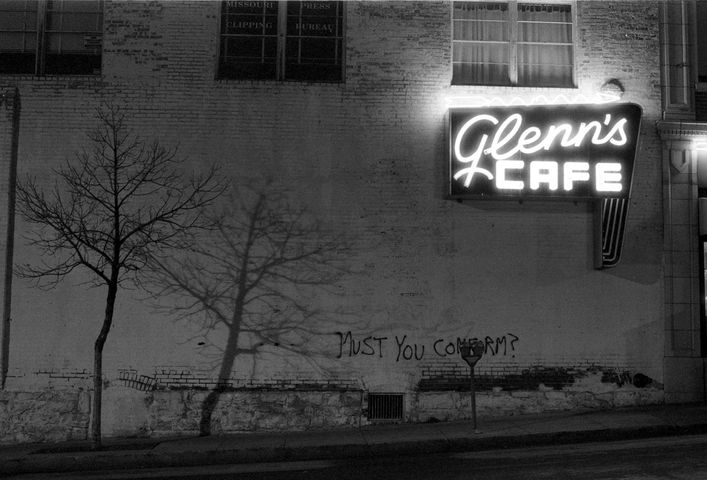 COLUMBIA - The Columbia City Historic Preservation Committee met Tuesday night to discuss how to preserve a few historic landmarks. One of the issues on the agenda was the sign of Glenn's Café.
Glenn's Café was originally located on the corner of 9th and Cherry Street, sporting an old-fashioned neon sign on the side of the building. The café closed in 2002 and moved to Boonville, where it reopened in 2006 at Hotel Frederick.
Now the café wants to return to Columbia, and bring its historic sign with it. However, there could be a problem. The city of Columbia has restrictions on the size, amount and types of signs that local business owners are allowed to have. Glenn's Café violates those ordinances in size alone.
The owners of the café are asking for an exemption from the sign ordinance.
Historic Preservation Committee Chair Robert Tucker is hopeful for the business.
"I am happy for Glenn's Café," Tucker said. "Any time that I can help bring back a historic part of Columbia, I'm glad to do it."
Tucker went on to say because the sign is a historic part of the city, he doesn't think there will be a problem.
"The sign no longer has a tail, and will not be projecting into the street, so I think Glenn's Café will be granted an exemption," Tucker said.
The Historic Preservation Committee voted to write a letter to the Board of Adjustment, citing that it approved Glenn's Café for an exemption.
The café owners will go before the Board of Adjustment early next week.