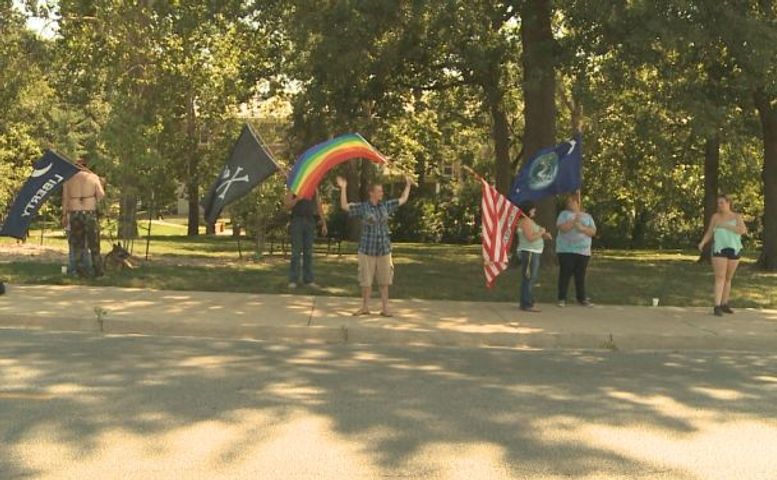 COLUMBIA - Supporters of GoTopless.org rallied in downtown Columbia in support of women's rights on Sunday. One woman went topless as she walked along Ninth Street, Locust Street, Elm Street and many other streets downtown to show her support for gender equality.

"Men have been going shirtless for years and it's my understanding that it's completely illegal in Columbia," said supporter Tasha Knight. However, it is legal to be topless within the city of Columbia, as long as no genitalia is showing. This ordinance was passed last year.

According to Go Topless website, Sunday is Go Topless Day and Columbia is the only participating city in Missouri. Go Topless Day falls on the Sunday closest to Women's Equality Day, which is Monday, Aug. 26.

Approximately 10 people showed up to rally starting at 1:00 p.m. and ending at 3:00 p.m. "Women should be allowed to go topless just like men," said William Payne, rally supporter.

No supporters were involved with any organization. According to Knight, police officers drove by to give her their number in case of any trouble.