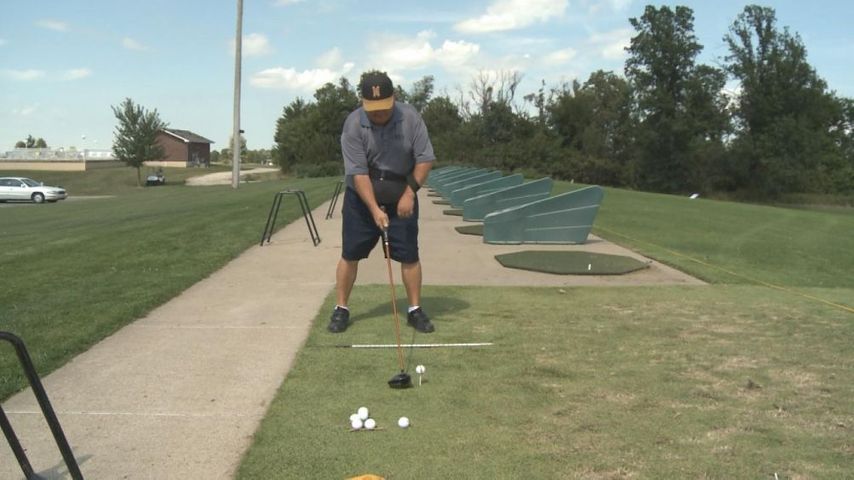 EUGENE- A hole-in-one takes a great amount of skill, and quite often a bit of luck. But, what if you achieved this feat using only one arm.

Mike Ousley had a stroke on June 18, 2014 and has been restricted to using his right arm only since that time. Doctors told Ousley that he would likely spend 20-25 days in the hospital, but Ousley checked out after just nine days.

Ousley,59, has been an avid golfer since a young age, and played one year of college golf at Linn Tech. Harold Remley, a lifelong friend of Ousley's, said, "the thing I admire most about Mike is that he didn't give up when he had his stroke, golf has been his life and probably kept him going." Ousley was a scratch golfer, with a career low round of 60, before his stroke last year.

His first hole-in-one since his stroke marked his 21st career hole-in-one, an increidbly impressive feat. Ousley said he now plays as a 12 handicap, but still gets irritated with his game. "At the level I used to play I still get upset with myself if I hit three or four bad shots," Ousley said. Since his stroke, Ousley has shortened his clubs and switched to a new set of irons. His goal is to one day play as a single digit handicap again.

And, with the amount that Mike practices I would say it is definite possibility. " Over the last two years I've hit about ten thousand balls." He is a member at Redfield Golf and Country Club in Eugene. Ousley prefers to practice in the early mornings before the sun rises. Along with the membership, Ousley also has a heater in his carport, which allows him to hit balls throughout the entire year.

Ousley was determined to get back on the golf course, and admits his most recent hole-in-one was a sign that he could still play the game he has a grown to love.