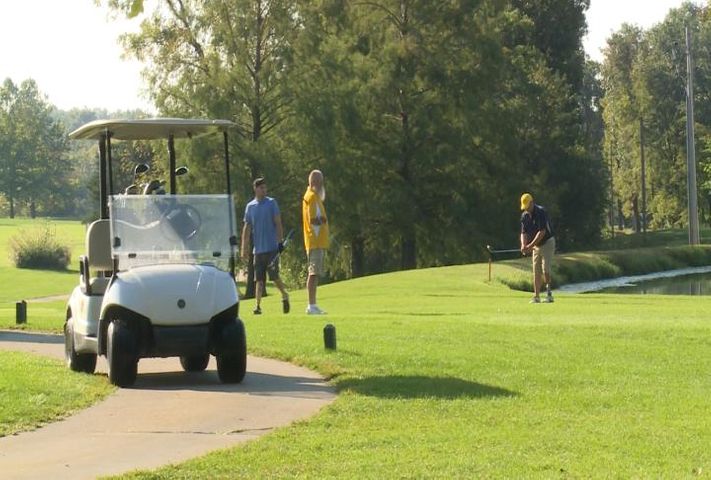 BOONE COUNTY - Golfers came from around Missouri and even from out of the state to attend a weekend golf tournament at the Lake of the Woods Golf Course in Boone County.

The event, called the Show Me Classic Amputee Golf Tournament, kicked off at the course Friday. Golfers were able to compete in a scramble round Friday. On Saturday and Sunday, competitors could take part in a scratch play tournament.

Spouses and guests of the competitors were able to take part in the tournament as well. Many of those competitors came from outside mid-Missouri.

John Muehling competed in the tournament's joint replacement division, a new addition to this year's tournament. Muehling said this year marked his second year at the event.

Muehling said he and his group were able to make it to the golf tournament and pay for hotel rooms in large part from the help of a charity known as Birdies 4 Bipolar. Muehling said it's a charity which does a lot to help.

Muehling also said this weekend's tournament marked the end of his golfing season, which typically starts in early May with the "Boots on the Green" golf tournament in the St. Louis area.

More than 120 active duty members of the military as well as veterans who are disabled team up in the yearly event this past spring.

Muehling said Birdies 4 Bipolar was able to help donate $1,500 to help he and some of his fellow golfers get to Columbia this weekend.