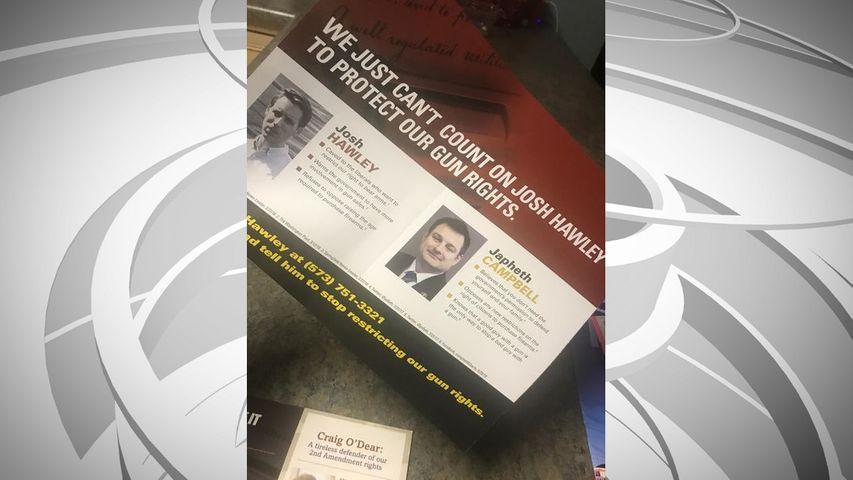 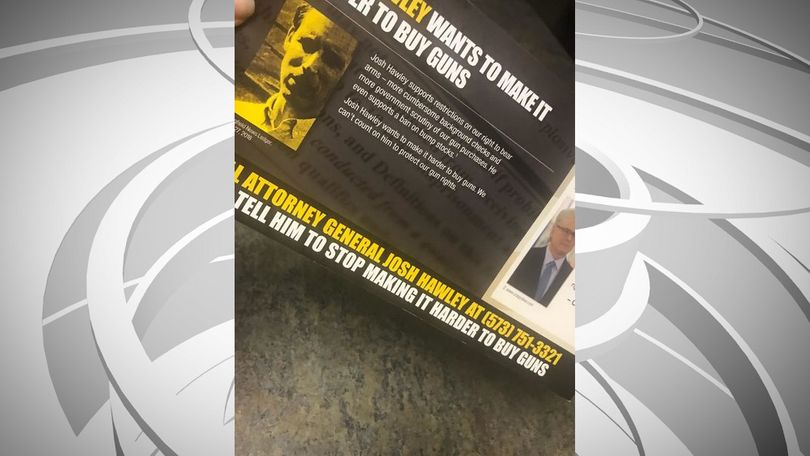 The mailers do not have required disclaimers saying who is paying for them.

The St. Louis Post-Dispatch reports that Treasurer Eric Schmitt said the mailers appear designed to help Democratic incumbent Claire McCaskill in her close race against Hawley for the seat that could determine which party controls the Senate. McCaskill's campaign denied involvement in the mailers.

The ads, which began appearing in mailboxes this week, encourage voters to support the Libertarian or Independent candidates by criticizing Hawley's position on gun rights and other issues. Hawley has been endorsed by the National Rifle Association.

Hawley tweeted Saturday he hopes the FBI will investigate who is behind the mailers.

Voters telling me about fake & illegal mailers pro-Dem group is putting out. There should be an FBI investigation. As the beneficiary of this Kavanaugh-style illegal smear campaign, I hope @clairecmc will cooperate with the investigation fully #MoSen https://t.co/FtuGmtw03E