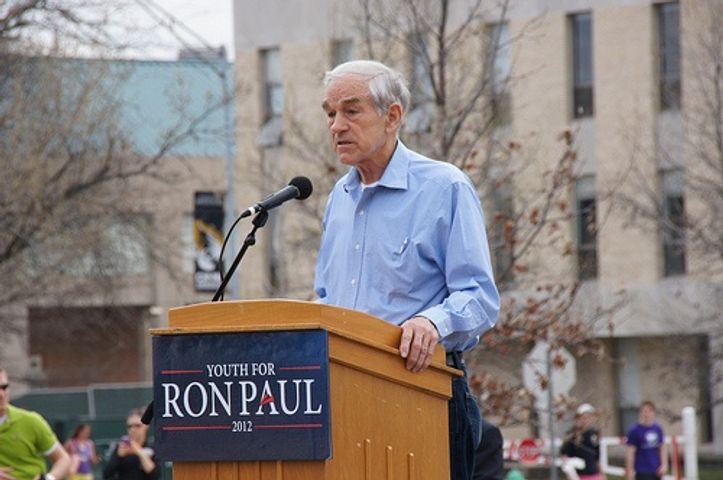 Thousands came to support Paul in his upcoming fight in the Missouri caucus that starts Saturday.

Paul came because of the Mizzou chapter of Youth for Paul. President Ethan Robinette called a meeting Tuesday to inform the other group the members of Paul's visit.  The group's 200 members collected more than 1400 signatures in a petition to get Paul to come. He catered to a younger crowd.

"All great revolutions and change of ideas come from young people. Energetic and willing to stand up and fight for our cause," Paul said.

Paul covered many topics in his speech that lasted more than 50 minutes. He emphasized his isolationist foreign policy views.

"Our founders gave us wise advice to stay out of these entangling alliances, stay out of the internal affairs of other people. Trade with people, talk to people, but don't try to tell other people how to run their county," Paul said.

"That is the reason why we have to know exactly what the Federal Reserve is doing, get control of the federal reserve, have an audit of the Federal Reserve and find out who they are bailing out," Paul said.  He went on to say, "I want to cut spending by one trillion dollars."

Paul got a big reaction from the crowd when he brought up the war on drugs.

"The war on drugs should be declared a loss, a failure, hasn't done any good and we should abondon it," Paul said.

Paul has had better luck in caucuses than in primaries this year and Missouri's caucus will start Saturday, March 17.

To find out where your caucus location will be click here.

View the slideshow below to see some of the scenes of the rally.