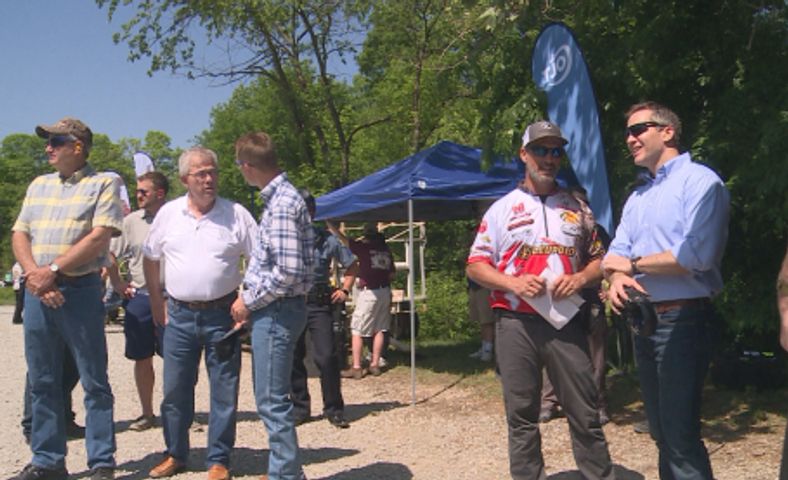 HALLSVILLE - The NRA Bianchi Cup happens every year in Missouri, however this year, embattled Gov. Eric Greitens made an appearance.

The Green Valley Rifle and Pistol Club in Hallsville hosted the shooting competition, drawing people from all over the world. Competitors of all backgrounds and ages practice multiple disciplines of shooting.

As competitors were shooting targets, Gov. Greitens joined the crowd of spectators.

The governor went on a tour of the gun range, shook hands and talked with competitors, and even took a turn shooting targets.

Members of Greitens' staff agreed to an interview with the governor, but encouraged KOMU 8's reporter to focus solely on the event, adding that the governor would not discuss other topics.

KOMU 8's Johannah Grenaway asked Gov. Greitens if he would comment on the special session currently underway at the Capitol.

"Our focus is really on working for the people of M and delivering on our promises of more jobs and higher pay, safer streets and better schools," Greitens said. "And  why we're so happy to be out here today really helping to showcase what's going on in mid-M and the fact that people from all over the world are attracted to come here."

The House Investigative committee is on its second day of hearings to evaluate the Governor's alleged misconduct. Committee members are reading through 700 pages of testimony from a Grand Jury in St. Louis.

The shooting competition in Hallsville continues through Friday.