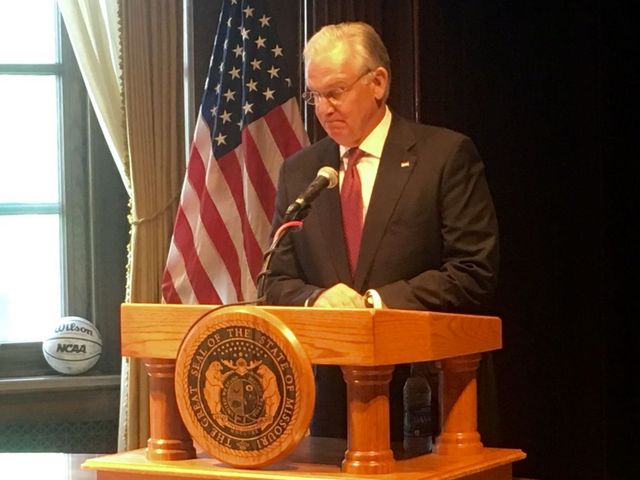 JEFFERSON CITY- Gov. Jay Nixon held a news conference Wednesday to highlight reasons he vetoed several pieces of legislation as the legislature gets ready for its annual veto session.

One of the most discussed bills Nixon vetoed was House Bill 1733, which Nixon said "would make Missouri roadways less safe by allowing automated long-haul trucks on certain Missouri highways."

As introduced, the measure would allow "long-haul trucks to travel in pairs" using an automated system.

"The safety and reliability of this technology remain unproven," Nixon said. "So Missouri highways would be the testing grounds and other drivers the guinea pigs. If you drive in Missouri and this bill becomes law, you'll likely find this to be both annoying and unsafe."

Rep. Charlie Davis, R-Webb City, who proposed the bill, said the governor misinterpreted its original intent and vetoed it for "silly reasons."

"I made the comment that's the same excuses that people at the turn of the 19th century, the 20th century, the 1900s they made about automobiles," Davis said.

The bill included the definition of emergency vehicles to include vehicles "owned and operated by the Civil Support Team of the Missouri National Guard while in the response to or during operations involving specified materials," which Nixon also opposes.

"I  think he is a little bit shallow in his interpretation of what the law is going to do," Davis said.

The veto session will be held next Wednesday, Sept. 14.