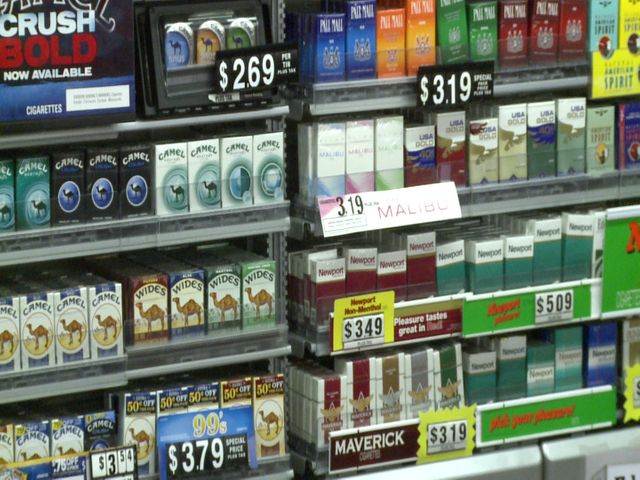 COLUMBIA - Govenor Jay Nixon said in a press conference Monday he would not support a campaign to raise Missouri's tobacco tax.

Supporters of the tobacco tax raise are expected to get their petitions into the Secretary of State's office by May 6.  Supporters are proposing the tax money to go to education and smoking prevention and cessation.

Missouri has the lowest cigarette tax in the nation sitting at 17 cents per pack.  Supporters of the tax are suggesting the tax increase 73 cents to 90 cents a pack.  The national average for cigarette taxes is $1.46 per pack.  New York has the highest tax at $4.35.

Roger Smith doesn't smoke but he said his brother has for about 15 years.  He said he hopes a tax like this would help his brother quit smoking.

"I hope he would look at that and see that he could put that money elsewhere, to better use," Smith said.

Carlie Morris said she just started smoking a little over a year ago and goes through a pack every three days.  She said she thinks the government should not intervene in people's smoking habits and a tax probably wouldn't make people stop smoking.

"It should be our choice but I mean, I see what they're doing. It makes sense, but people will probably just cut back rather than stop,"  Morris said.

A tobacco tax has been on the ballot twice in the last decade, in 2002 and 2006.  Neither time the tax has passed.