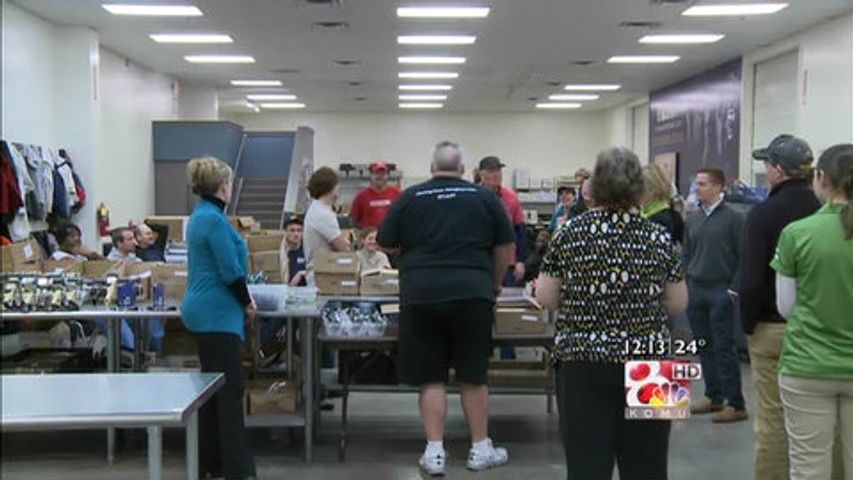 The donation was made as part of a Cotton Bowl wager between Nixon and Oklahoma Governor Mary Fallin.

The terms of the wager stated the losing governor must donate 50 pounds of local meat to a food bank in the winning state.

Nixon presented ham and smoked turkey from Burger's Smokehouse, despite his winning the bet. He said he wanted to balance the Oklahoma meat with "outstanding food from Missouri."

Oklahoma will deliver its meat to the the Food Bank for Central and Northeast Missouri later this week.