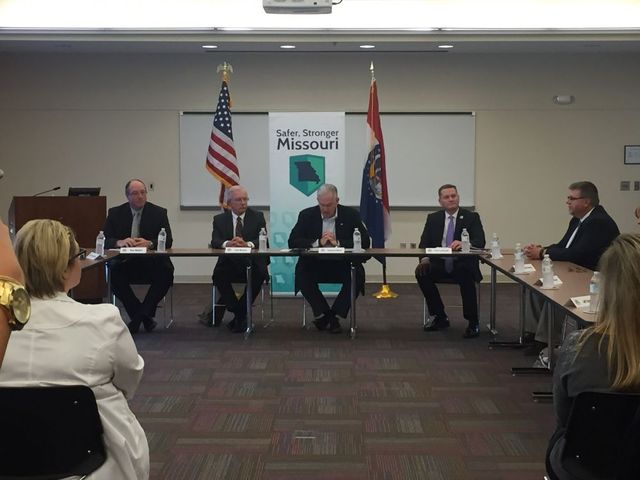 JEFFERSON CITY — Gov. Jay Nixon attended a round table discussion in Jefferson City, which is the first in a series called "Safer, Stronger Missouri."

He met with several public health officials at the Missouri State Public Health Laboratory to hear how Missouri is advancing its ability to respond to public health threats, including viruses like Zika and Ebola.

Nixon commented on Missouri's response to the H1N1 influenza breakout in 2009, the Joplin Tornado in 2009 and several other public health emergencies that have arisen in recent years.

He said those in Missouri's public health field "continue to rise on what we expect from them and and what we demand from them."

"Missouri has built a response and recovery system that has been called a model for other states," Nixon said.

Nixon did note that one of the biggest challenges for Missouri and public health is consistency in communication of information to the public.

The round table included officials at the local and state level. Stephanie Browning is the director of public health and human services for Columbia and Boone County. Browning said another challenge they face in public health is maintaining services.

"Resources are shrinking, you have a workforce that is retiring, so it's just hard to keep up and keep people trained," Browning said.

Browning also said Columbia/ Boone County's Public Health and Human Services has an advantage by being large enough to have lots of resources, but also small enough to know all of the people needed to communicate with.

"The true way that you respond well is when you build relationships," Browning said.

Nixon will visit Carthage Missouri on Tuesday to discuss severe weather preparedness and Springfield for faith-based responses to disasters. For a full schedule of events and locations Gov. Nixon will be visiting, you can find it here.