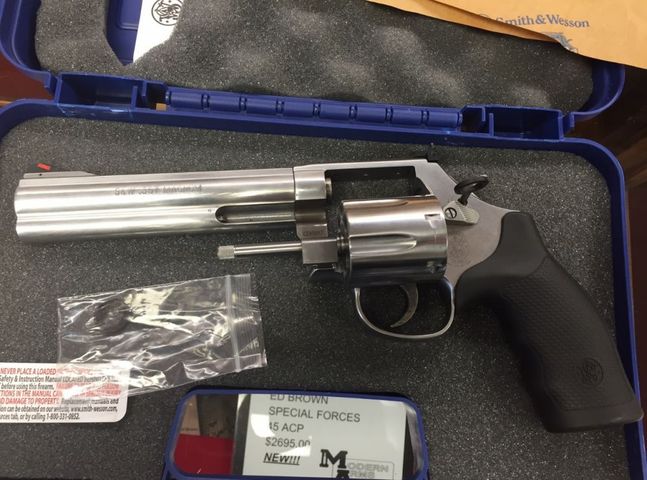 According to a release by Nixon's office, Senate Bill 656 would have allowed people, including those from other states, to carry a concealed gun, even if they had been denied after a background check due to criminal history.

The bill also would have implemented the "stand your ground" law, removing the duty to retreat before using force in self-defense.

The owner and proprietor of Ammo Alley, Doug Alley, said "That's one of the things I found very viable to the change in statute, that you would be able to stand your ground and defend yourself on your property. Unfortunately that's part of this bill, so it didn't pass."

Rose Metro of Mom's Demand Action for Gun Sense in America said she disagrees with the "stand your ground" law.

"Everyone has the right to self defense, but you currently, in public, you have the duty to retreat from situations you can do so safely. [SB636] would have taken that duty away so people could shoot to kill, potentially in situations where they could of had a non-violent resolution," Metro said.

She also said the bill would make Missouri more dangerous.

"I think safety is for everyone. This is not about gun owners versus non-gun owners," Metro said. "We support the Second Amendment and people's right to own guns, but carrying them concealed in public is a big responsibility and there should be some kind of permit for that."

Alley said, although the bill would have eliminated the requirement for a concealed carry permit, he thinks it is still a good idea for everyone to get a permit.

"The more people that would have that tool to defend themselves, puts the criminal element on notice," Alley said.

“In an era when we see radical Islamic terrorists shifting their focus to attacks on targets such as employee Christmas parties in San Bernardino or nightclubs in Orlando, we should be doing all we can to make sure the citizens of Missouri have the ability to protect themselves,” said Sen. Brian Munzlinger , R-Williamstown, the sponsor of the legislation. “It is hard to believe our governor would veto a bill that gives Missourians the ability to protect themselves.”

SB 656 is not done yet, however. Lawmakers who passed it in May can still override Nixon's veto if they can garner enough votes during this September's veto session.