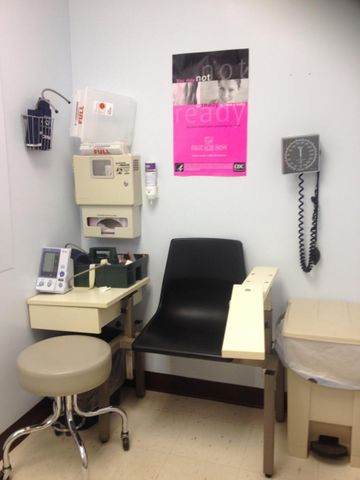 JEFFERSON CITY - Local health departments say Missourians might face a threat of not having enough resources to be tested and treated for communicable diseases like Ebola, Enterovirus and Influenza. Governor Nixon began cutting funds to the local public health department infrastructure starting Oct. 1.

Director of Cole County Health Department Kristi Campbell said that, "Right now while the Department of Health and Senior Services is able to supplement that contract with federal money, there's no state money available for the contract, that is the Aid to Local Public Health Agency Contract."

Federal funding is allocated on a year-to-year basis, but she does not know the stability of the federal funding.

"We've known for a while, since the Governor signed the budget. It was just on September 29 that we're notified by the Department of Health and Senior Services that our contract was going to be cut as of October 1," said Campbell.

Last fiscal year there was $2.3 million allocated for this contract. Legislators added another $1 million this year, making it a total of $3.3 million budgeted to support the infrastructure of local public health in the state. The Governor is withholding all of that money.

"Some local public health agencies may have to cut staff or it make take longer for them to do a communicable disease investigation or investigate or inspect a food establishment. If there's been a complaint, or instead of inspecting these food establishments every year, they might inspect them every year and a half. It's going to have an impact on the way we do business," said Campbell.

"We're still evaluating here in Cole County how it's going to impact our budget, but statewide that money is funneled to all the local public health agencies to assist them in paying staff and resources to inspect food establishments, will recall food off the shelves, lodging establishments, sewage complaints, and it also supports communicable disease investigations," said Campbell.

A statement from Governor Nixon's press secretary Scott Holste said that through the Department of Health and Senior Services, the State of Missouri is working with local hospitals and public health agencies to protect Missourians from infectious diseases, including Ebola, should it arrive in Missouri.

Holste said that revenue is limited, and the Governor is responsible in keeping the budget in balance.

"Spending restrictions were necessary this year after the General Assembly passed a budget that was nearly $800 million out of balance," he said. "The Governor will continue to monitor the budget situation and release funds if possible as revenue becomes available."

The State General Revenue funding has been cut by 76% since 2001. During the Fiscal Year 2001, the funding for this contract was $9.7 million compared to the current $3.3 million for Fiscal Year 2014. In 2012, Missouri was ranked #50 in state funding for public health services.

The General Revenue funding helps basis protection for the public and local health departments statewide:
• To provide public health to test and treat everyone exposed to communicable diseases.
• To assure the food served in restaurants and sold in grocery stores is safe, by educating employees and inspecting facilities.
• To ensure all affected merchants are notified when food is recalled.

Above: The Missouri Public Health Association wrote a letter to Gov. Nixon, request he reinstate the funding he's withholding.