Gov. Parson: "Everyone affected by infrastructure" 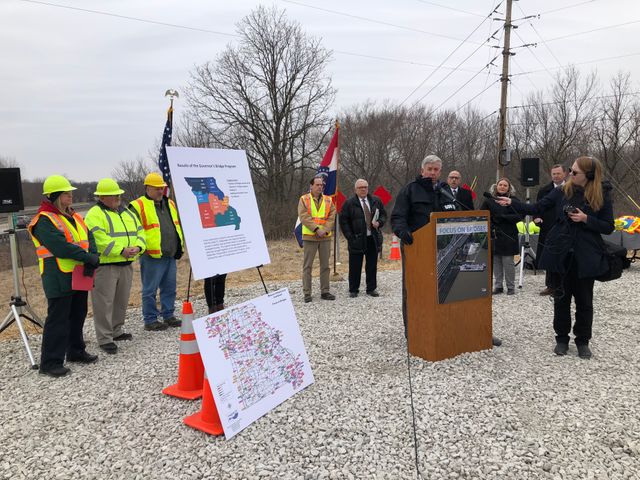 BOONE COUNTY - Gov. Mike Parson toured I-70 bridges Thursday as part of his initiative on infrastructure. The bridge over Perche creek was one of his stops.

Parson proposed a plan that would allow for $351 million in bonds to repair or replace 250 bridges in Missouri.

"We realize that there's some serious problems with our infrastructure in this state," he said.

Statewide, there are 922 bridges that are rated "poor" by the Federal Highway Administration.

Parson said damage to bridges and roads affect all drivers in the state.

Berniece Basnett, a clerk at Midway Truck Stop and former truck driver, said she agrees there are countless problem areas, especially on I-70.

Basnett had to stop driving due to a heart attack and said problems with the roads add stress to the job.

"Some of the bridges, when I was driving, I would say 'bounce on and bounce off,'" she said. "When the bridges meet up with the roads it kinda goes up and when you go off it goes down."

Basnett said those types of conditions were irritating on the road and made her feel unsafe.

While bridges are a big focus for Parson, Basnett said other things, like fixing potholes, are more important to her.

"There's a lot of places that need to be pulled up and redone, period," she said.

Parson said the project would be a starting point in getting those bigger problems taken care of.

"It is a band-aid for a major problem in our state," he said.