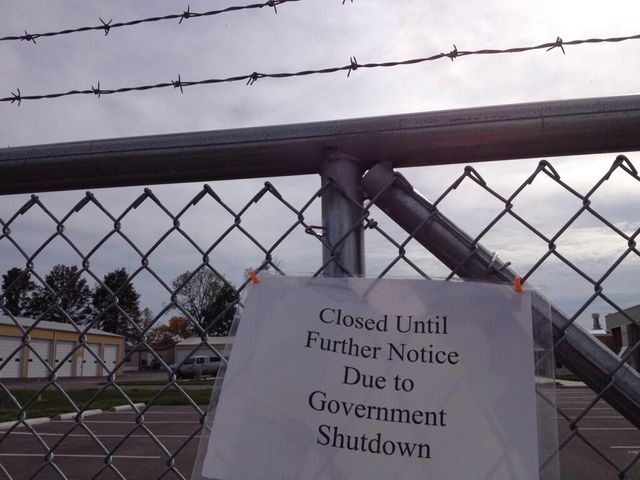 COLUMBIA - Missouri hunters can expect an abundance of ducks this season, according to the Missouri Department of Conservation (MDC). What they can't expect, and in some cases, can't even confirm, is whether there will be an open and available public area on which to hunt.

The United States Fish and Wildlife Service (USFWS) released a report in July showing this year's ducks population 33 percent higher than the long-term average. This is six percent lower than last year, but still near record numbers.

The department released the report before the federal government shut down Oct. 1. With the shutdown came furloughed employees at all eight national wildlife refuges in Missouri.

If national wildlife refuges are closed and employees are furloughed, it is likely that the land is not being maintained.

Bogosian said farmers work the fields in late March and early April to plant crops like soybeans and corn. He said one reason people manage wetlands is to offer a high-energy food source for birds as they migrate.

Ducks landing on or near land owned by the federal government have less of a chance to be greeted by a well-managed habitat than ducks landing on state managed land "due to a lapse in government funding," according to Bogosian.

David Graber has been hunting since he can remember and plans to hunt as often as he can in the 60-day waterfowl season this year.

He leases land to hunt near Swan Lake National Wildlife Refuge, one of eight national wildlife refuge areas, each of which is currently closed.

"What I'm hopeful for is that the managers at Swan Lake will have done the wetland management they need to so the table is set for the ducks. If they're not managing the water, then the habitat conditions may not be optimal. I haven't heard one way or the other," said Graber.

Bogosian said any land owned and run by the MDC is not affected by the government shutdown. Any national wildlife refuge, on the other hand, like Swan Lake, Squaw Creek, Mingo, or "anything managed by the U.S. Fish and Wildlife Service is affected by the federal shutdown," said Bogosian.

Federally-owned land is not open to hunting, fishing, camping or touring, according to Bogosian.

"The gates should be closed. There aren't going to be any federal employees there to assist visitors or hunters, so until the government reopens, or if it continues through the duck season, those places are going to be impacted."

Bogosian recommended hunters who typically hunt federal, but not state owned land, call the MDC to see if their hunting plans are affected by the lack of government funding.

KOMU 8 News tried calling the USFWS to confirm closed refuges and heard a recording that said, "Due to a lapse of appropriation, our office is currently closed until further notice."

KOMU 8 News tried to learn more on whether or not workers could manage the land to maintain it for the upcoming hunting season in case the government reopens, but heard the same message.

With the inability to answer phone calls and Facebook posts, hunters like Graber are left just hoping the federal government is somehow maintaining the land.

Theodore Grothe is a former employee of the USFWS and has a degree in wildlife and fishery.

"As a whole, I think it's disappointing to hunters, affecting bird migration, the hunting industry, and keeps a lot of people from hunting," Grothe said.

Grothe said the federal government usually funds a hunter education course at the MDC that everyone born after 1976 is required to take before obtaining a hunting license.

His sister was born in 1986 and can't take the course. "She can't be my hunting buddy," said Grothe.

"I don't know the details of it... I actually honestly don't like looking into it because it just makes me mad," said Grothe.