Government shutdown could mean nothing new on tap at local breweries 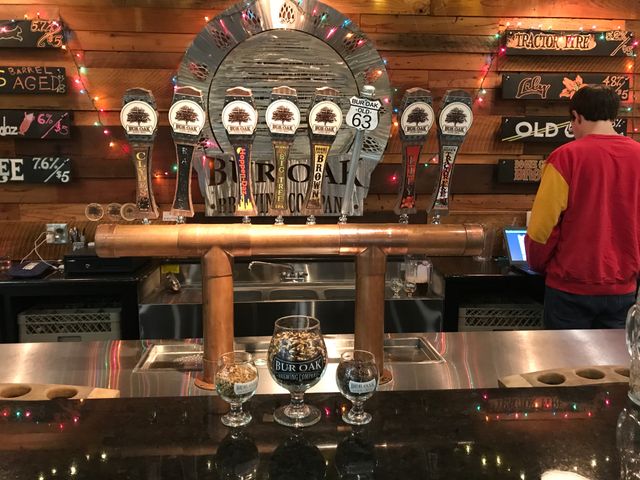 COLUMBIA - Local breweries, wineries and distilleries still can’t get licenses or labels for their new products because of the government shutdown, now in its 34th day.

Austin Stuckmeyer, the assistant brewer at Bur Oak Brewing, said the labels are usually prepared weeks before the brewing process even starts.

The Alcohol and Tobacco Tax and Trade Bureau, which deals with permits, licenses, and labels for all wineries, breweries and distilleries, says it's closed and can’t process any new licenses for new products.

“Once funding has been restored and the government shutdown is over, we will work to restore regular service as soon as possible,” the agency's website says.

Don Gosen, who owns Copper Mule Distillery in Hermann, said he had everything ready to open his business, but the government shutdown came with bad timing.

“With the government shutdown, I’m at a stand still,” he said. “Without them processing my labels, I can’t get the state to process, and I can’t do business.”

Gosen said the shutdown is hurting small businesses across the country, especially the growing distillery industry in Missouri.

"It’s like when they don’t let you cross a toll bridge after you’ve paid the toll," he said. "We’ve paid our taxes to get these licenses and they are not giving us what we have paid for."

"I would be the saddest panda in the world, because I would have no bamboo to eat. Beer is bamboo to me," he said.

Stuckmeyer said, if the shutdown lasts a few more months, it could affect the availability of new beers at Bur Oak.

"We've been trying to get the labels in and that might end up affecting one of our beers," he said. "I think one of our brew days might have to be pushed back a little bit."