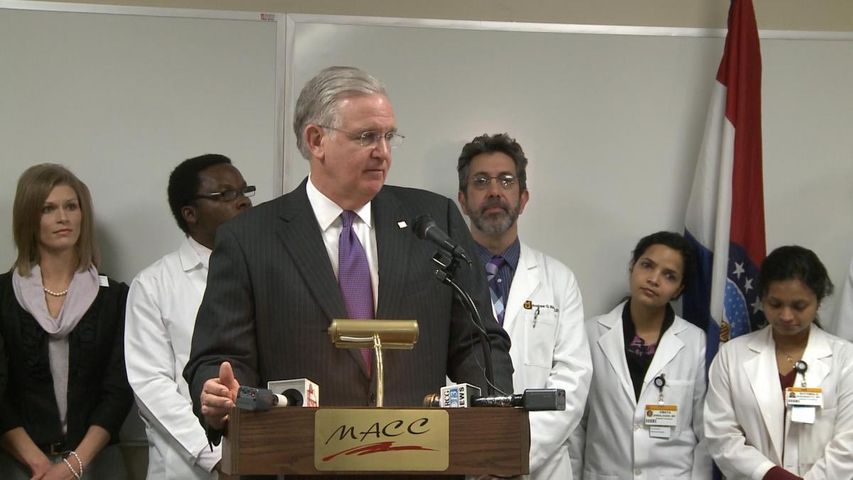 Caring for Missourians: Mental Health, was launched in 2009 and will include $20 million in grants for Missouri's public universities and colleges in 2015.

The grants would be used to help fund the education and training of students who want to pursue a career in the mental health field.

Gov. Nixon said the reason for the initiative is the critical shortage of mental health professionals that are able to provide support to Missourians with substance abuse disorders, developmental disabilities or mental illness.

"One-hundred four of Missouri's 114 counties are designated as mental health professional shortage areas, 72 counties in Missouri lack even a single licensed psychiatrist and even though we know that applied behavioral analysis is one of the most effective tools for treating Autism spectrum disorders, 90 Missouri counties don't have a resident licensed analyst to provide this treatment," said Nixon.

Under the proposal, MACC would receive $167,000 in grant money to help strengthen its mental health system.

"What we're going to use these dollars for is to create a classroom space and a lab space here in Columbia that we don't presently have. We're also going to be able to use those funds in conjunction with the university to create more mental health clinical opportunities for our students," said MACC President, Jeff Lashley.

"The other thing for me is just having better mental health services because we always have a population that is in need of those services," said Lashley.

Nixon said the University of Missouri would receive about $6.4 million in grants if his proposal passes the Legislature.