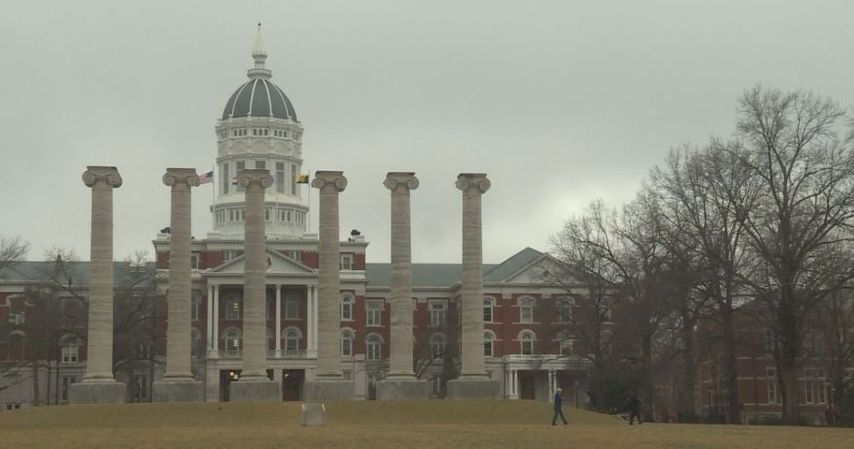 COLUMBIA – Higher education institutions have concern over the impact of Governor Greitens' announced budget cuts that will largely decrease funding.

On Monday, the newly elected Governor Greitens announced $146.4 million in cuts in an effort to balance Missouri's budget.

Higher education will be greatly affected with cuts including almost $56 million from the core funding of four-year institutions, nearly $12 million in core funding from community colleges and close to $9 million in transportation from public K-12 school districts.

The Missouri Department of Higher Education will see around $80 million in cuts, which is more than half of the total amount announced.

Pilar Mendoza, an associate professor in higher education at MU, said tuition and fees will likely increase because of the cuts.

"We have more adjunct faculty, less full time faculty, students are being taught by grad students, by part timers," Mendoza said. "So the quality of education decreases as well as the services we can provide to students such as tutoring, counseling. So basically, families and students are paying a lot more for a lot less."

The UM System said it is working on a plan to address the withholdings.

"We certainly understand that our state leaders have to make difficult decisions in challenging budgetary times," Chief Communications Officer John Fougere said. "We are committed to working closely with our new Governor and General Assembly in making the case for the University of Missouri System’s enormous positive impact on all of Missouri’s citizens and economy."

Moberly Area Community College President Jeff Lashley said his goal is for the students and campus locations not to notice any impact from the cuts, which he said is about $500,000 or more.

"A big part of our mission is obviously to be affordable," Lashley said. "We are affordable for our students, and that's really important. So, it could impact tuition and fees. Theoretically, I mean, I don't want it to. I don't want to raise tuition and fees as a result of this, I just don't know yet what's going to happen. Those are a couple of the areas though that you always have to look at."

More than $700 million in budget cuts will occur over the next 18 months to balance the budget retain Missouri's AAA credit rating, according to a news release Monday.

The release also said Missouri's budget is suffering from reduced revenue due to poor economic growth, which is further drained by special interest tax credits and the growth in healthcare expenditures.

Greitens said he is committed to funding K-12 education and public safety.

"Not a single penny will be taken out of K-12 classrooms," Greitens said in a video posted on his Twitter account.

The announcement includes no cuts to the Foundation Formula that funds K-12 classroom education, programs needed for public safety, or pension and health care.

The release stated that the restrictions were targeted at “rolling back earmarks, new spending items, programs with no established track record of success, and services that are duplicated elsewhere in government.”

"You elected me because I’ll always tell it like it is, and the fact is more hard choices lie ahead,” said Greitens said in the social media video. “But as Missourians, I believe that we must come together, tighten our belts, and be smart and wise with our tax dollars, and work our way out of this hole by creating a thriving and prosperous economy again here in Missouri.”

Greitens also said he would not be willing to raise taxes, and his focus is more jobs and higher pay for Missourians.

The governor plans to provide more information about these cuts during his State of the State address Tuesday night.