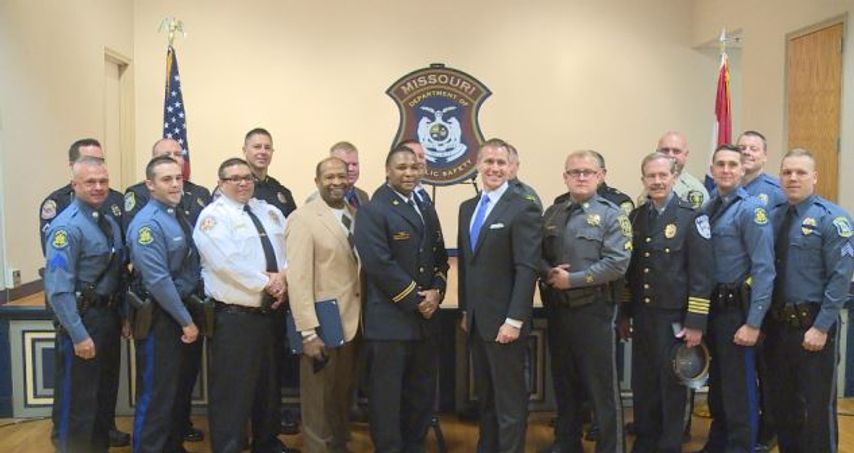 He started his speech with an anecdote about a St. Louis firefighter who saved six people from a burning building in 1877.

The Missouri Medal of Valor,the highest award, recognized public safety officers who demonstrated courage, decisiveness and presence of mind to save or protect human life. The State has awarded it to responders for 10 years, but Gov. Greitens added four new awards in addition to the Medal of Valor for this ceremony.

"Governor Greitens wholeheartedly supported the expanding of the honors that the State bestows on public safety officers to include not only a medal of valor, but also the Public Safety Medal of Merit, the Director's Leadership Medal, and the Hall of Fame Award," Drew Juden, Director of the Department of Public Safety, said.

The Public Safety Civilian Partnership Award, the fourth addition, recognized civilians who Juden said stepped up and supported officers who were in need.

The officers responded to a call from two women who sensed trouble at an apartment complex. They entered an apartment and were confronted by a man with a shotgun.

According to a DPS news release, the officers "ordered him to drop the gun, but the gunman fired. Hollensteiner and Kings returned fire striking the gunman. The officers provided first aid until EMS arrived."

The gunman was a convicted murderer who was released from prison, recovered and will stand trial.

Honored responders and civilians, as well as their families, went to the governor's mansion for lunch after the ceremony.