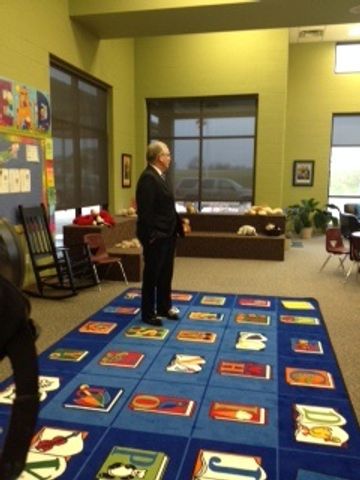 Other Missouri lawmakers were also invited but, none made an appearance, except for the governor.

"We ask the legislators to come out to the schools and come into the schools, sometimes it is the first time they've step foot in the school in the recent years," Missouri PTA President Kim Webber said.

Students, parents, and teachers were invited to Pioneer Trail Elementary School in Jefferson City to discuss topics regarding family engagement, early childhood education funding and funding for the foundation formula in Missouri.

Governor Jay Nixon opened the meeting highlighting three main points. First the Governor thanked all the school members and parents for their efforts in furthering educational improvements. Second, he highlighted the importance of the fiscal obligation for education. Finally, the governor said that Missourians cannot stand still regarding the education system.

"Our job is to leave this place better than it was when we got here," Nixon said.

Since no legislative members attended the meeting, PTA members gathered after the governor spoke to discuss any other issues and to learn the importance of PTA and how they can get involved in influencing legislative matters.