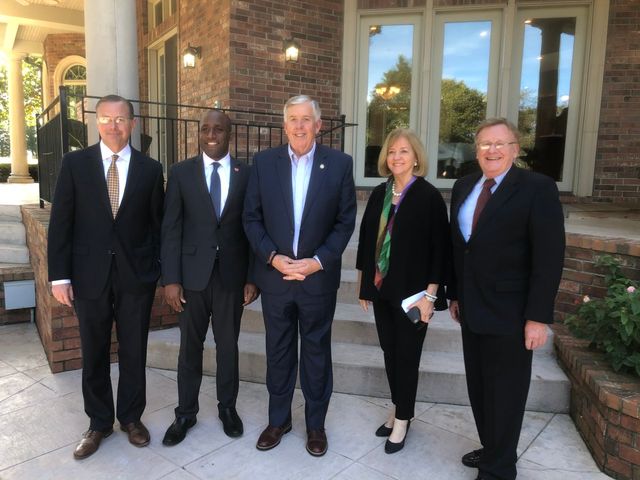 JEFFERSON CITY - Mayors and police chiefs from Missouri's four largest cities will be making their way to Jefferson City on Monday.

This is the second time city leaders from St. Louis, Kansas City, Springfield and Columbia will be meeting with Governor Mike Parson as a group to discuss crime and violence.

They will also be discussing other topics like the state's employment rates.

Parson called a similar closed-door meeting in October in Springfield. They addressed the public after discussing violence and community safety.

This year, the Columbia community endured ten gun-related homicides, six of which happened in September.

After the last meeting, Columbia Mayor Brian Treece said he wanted to learn from other cities in the fight against gun violence.

Parson's meeting with be at 11:45 p.m. on Monday at the State Capitol in Jefferson City.