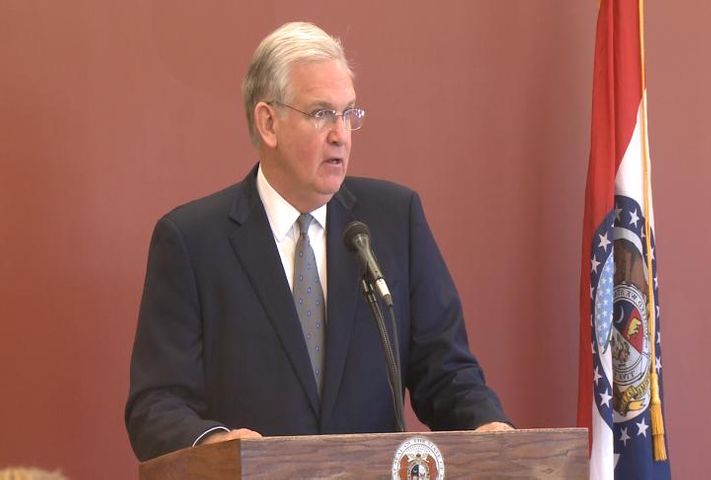 Nixon addressed Ebola and health concerns for the state on Friday afternoon. He announced the Missouri State Public Health Laboratory will serve as part of the Center for Disease Control (CDC) and Prevention in response to Ebola. Nixon said he's assured the laboratory is equipped to handle an Ebola case if the situation were to occur.

The governor stressed the fact that there have been no cases of Ebola in Missouri, despite a false scare on Thursday in Cole County. KOMU 8 News reported Thursday the case turned out to be a hoax. Someone called St. Mary's Health Center and claimed a person in their house had Ebola-like symptoms. Governor Nixon said he wants to put the public at ease but remind people of the seriousness of false claims.

"We are concerned those hoaxes would occur out there to rile people up," Nixon said. "I just want to remind people that we have a strong set of laws that are in place that it won't be the Department of Health they are dealing with, it will be a different agency of government."

Governor Nixon said on Friday afternoon the laboratory in Jefferson City will now be able to test Ebola samples and get clear test results before sending them to the CDC in Atlanta.

"We have tried to be consistent, to be prepared, to be calm, and to be vigilant," said Nixon. "If we can do those four things, we hope that gives to fellow Missourians confidence that we have a public health system and network that is on point and prepared."

Gail Vaterling, Missouri Department of Health and Senior Services director, said the laboratory is prepared and has gone through training.

"We went through a training session last week with hospitals, emergency management systems, law enforcement, schools, we had our state epidemiologist do a presentation and an exercise to determine what they would do in such a case. We are planning to do more of those regionally," said Vaterling.

Vaterling said the department will continue to send out health alerts to Missourians about Ebola cases. She said the false Ebola claim on Thursday helped to prepare her team if an actual case were to occur.

"Local public health agency, law enforcement and they worked through every step of the way what would happen if this were a true case," Vaterling said. "Although it was a hoax, it was good for us to see we could all work together to plan out what we would do."

The director said the laboratory has the proper equipment it needs in order to stay protected and dispose of hazardous waste.