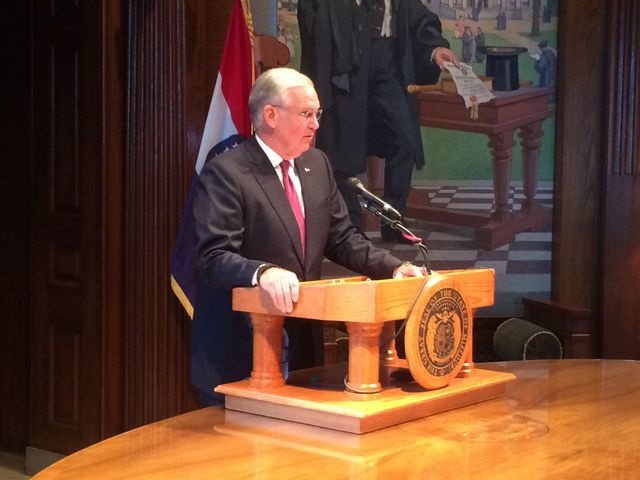 Nixon said he focused on the planned increase in spending on education throughout the state. The budget has four major increases for different education groups in Missouri.

"Among the historic investments that will not be affected by these actions: a $70 million increase, record funding, for K-12 classrooms. A more than $50 million increase for our colleges and universities ensuring that students don't pay a penny more for tuition this year, and that Missouri remains a national leader in college affordability" Nixon said.

Nixon said the state is trending in the right direction financially but there is a need for adjustment.

"For the fiscal year that ended June 30, revenues grew but at a more modest pace than projected. Which means we have less revenue than what the legislature assumes when it passed the budget for fiscal year 2017," Nixon said.

Nixon also withdrew $750,000 from the UM Review Commission. The $750,000 was taken out of the proposed $1 million budget for the commission. Also speaking about the UM System, the governor said the university would benefit from the money he allocated to keep tuition at the current rate.

The governor said the spending restrictions are necessary because the state experienced a 35 percent decrease in net corporate income taxes.

KOMU reached out to members of the Republican party over the phone, but was unable to obtain a statement.