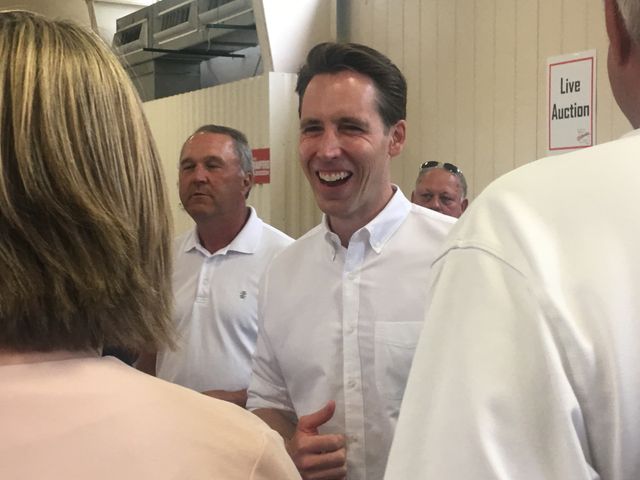 The Missouri Cattlemen's Association hosted their annual steak fry fundraiser at the State Fairgrounds. Governor Parson and Attorney General Josh Hawley spoke at the event. They both shared their views on Missouri agriculture and their support for farmers and ranchers statewide.

Hawley, who has been to Sedalia twice on his 100 Stops Tour, said Sedalia is important to Missouri's agriculture. He said these events are important considering the state of the farm economy.

"We’re in a position where it’s the worst farm economy in over 20 years. Our farmers need help. They need relief," Hawley said. "They need Washington to get off their backs, get out of their way and let them farm."

Hawley said some federal laws farmers and ranchers have to follow keep them from running their farms in ways that they can profit the most.

"There are federal regulations that regulate land use, water use, that tell folks how to run their cattle and how they can sell them," Hawley said. "We need to allow family farmers to farm. We need to give them the freedom to do that and the support they need."

Parson and Hawley both expressed their desire to support farmers and the desire to make sure they have the support from the government they need.

Parson said coming to this event gave him a chance to show support for farmers that hasn't been shown in the past.

"For me being a farmer, it’s going to be a great opportunity for me to really highlight Missouri agriculture," said Parson. "It’s one of the best in the United States and I look forward to highlighting that even more than it has in the past."