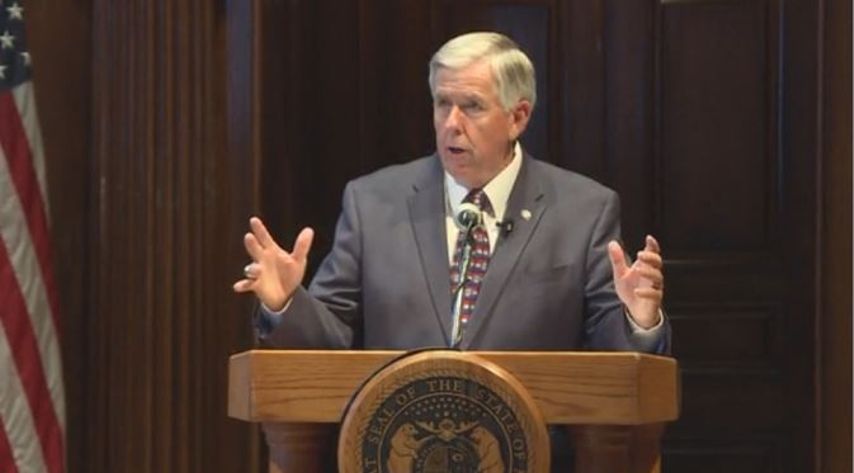 "Protecting our citizens and upholding the laws of our state are of utmost importance to my administration,” Parson said during the press conference. “We know we have a serious problem with violent crime here in Missouri that must be addressed."

Missouri has seen increases in crime, primarily in the state's urban areas. According to a press release, Kansas City recently reached 101 homicides for 2020 – a 35 percent increase from 2019. In St. Louis, there have been 130 homicides so far this year compared to 99 at the same time last year. In St. Louis County, aggravated assaults with a firearm are also up 19 percent year-to-date.

“I want to be clear that violent crime isn’t just a St. Louis or Kansas City problem,” Governor Parson continued. “It is a Missouri problem, and we cannot wait until next session to address it. It must be addressed now, which is why we are having this special session.”

According to the release, the special session will focus on amending state statutes related to violent crime. Specifically, six different provisions will be considered:

Police and Public Safety Employee Residency Requirements for St. Louis – The proposal to be considered would eliminate the residency requirement for St. Louis law enforcement so long as the officer lives within an hour of the city. This proposal would also prohibit requiring any public safety employee for the city of St. Louis to be a resident of the City.

Juvenile Certification – This proposal would require the court to determine if a juvenile should be certified for trial as an adult for the offense of unlawful use of a weapon and armed criminal action.

Witness Statement Admissibility – This proposal would allow certain statements to be admissible in court that would otherwise not be allowed under current statute.

Unlawful Transfer of Weapons – This proposal would increase penalty for a person who knowingly sells or delivers any firearm to a child less than 18 years without the consent of the child’s parent or guardian.

“This is unacceptable," Parson said. "We cannot continue to let violent criminals destroy our cities and get away with it. We are better than that Missouri we need to stop worrying about law abiding citizens and start focusing on the real problem of violent crime.”

Parson said he wants to see local and state authorities work to solve the problem.