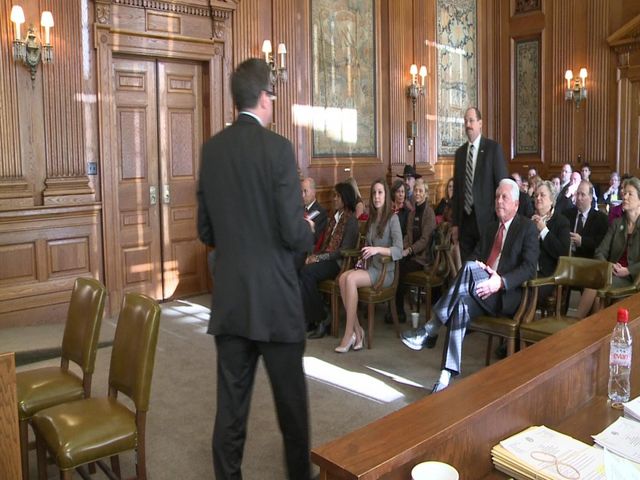 JEFFERSON CITY - Missouri Legislators gave their reactions on Wednesday to Governor Jay Nixon's proposed 2013 budget which includes a $99 million dollar cut to 4-year higher education institutions. The cuts are part of a plan to close Missouri's gap of $500 million caused by the loss of federal stimulus dollars.

Sen. Kurt Schaefer, R-Columbia, said that if cuts like this would be carried out it would mean less opportunities down the road for Missourians. "We've got to put sufficient money into educational opportunities and economic development opportunities that we get through education and move this state forward."

Rep. Mike Talboy is the Democratic Floor Leader and pointed out the importance of the increased K-12 educational funding proposed by Nixon. Talboy said we have to fund K-12 education or else the students won't be able to move through the pipeline.