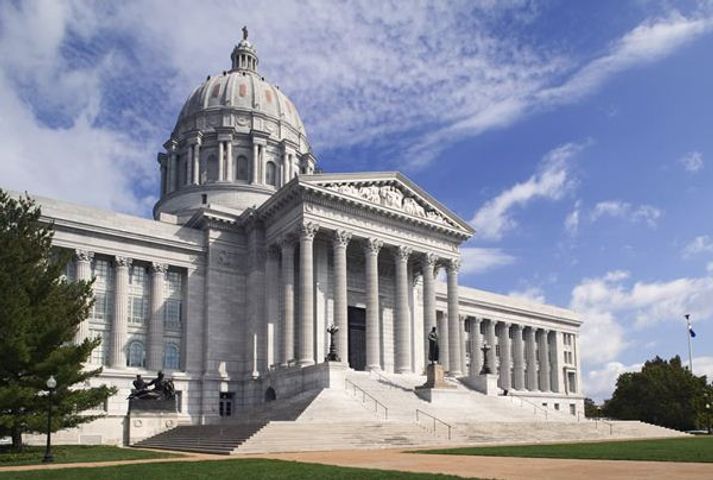 JEFFERSON CITY - Some of Gov. Jay Nixon's staff voluntarily testified in front of an investigative committee Tuesday, despite failing to appear before the committee earlier this summer.

The Bipartisan Investigative Committee on Privacy Protection met again Tuesday to question members of Nixon's staff on their role in the Department of Revenue's decision to scan and retain personal documents.

Earlier this summer the committee subpoenaed six members of the governor's administration to testify on the governor's office's involvement in implementing the scanning of those documents and compliance with the federal Real ID Act.

A judge rejected the subpoena and it was later dropped, but some of those subpoenaed voluntarily testified Tuesday, including Office of Administration commissioner Doug Nelson and Chris Pieper, a legal advisor to Nixon who previously worked in the Department of Revenue.

Some members of the committee, including Rep. Kenneth Wilson, R-Smithville, accused the department of breaking a 2009 law which restricts the state of Missouri from complying with the federal real ID act. The real ID act is a check ist of traits an ID must have.

Wilson asked Nelson who was responsible for making decisions that violated the 2009 law. Nelson said he did not believe a law was violated.

Missourians voted to not comply with the act, which has 39 traits, including a federal hologram, social security information, and more.

Missouri licenses now have more than 30 of those 39, so Nelson said it technically does not comply with the act. Representatives like Rep. Keith English, D-St. Louis County, question if this was done to comply with the act because just a few years ago licenses only met 16 of these list items.

Nelson said the changes in Missouri licenses were not made to comply with Real ID. He said he did not recall any conversations with or direction from Nixon about Real ID or a database of concealed carry permits. He said the changes had to be made to get Missourians on airplanes, federal buildings, and more.

Pieper said he also didn't recall conversations with the governor about privacy protection in concealed carry permits or compliance with the real ID act while he worked in the license department as a legislative liaison.

The committee members said their goal is to find out who made decisions to change the department's procedures.