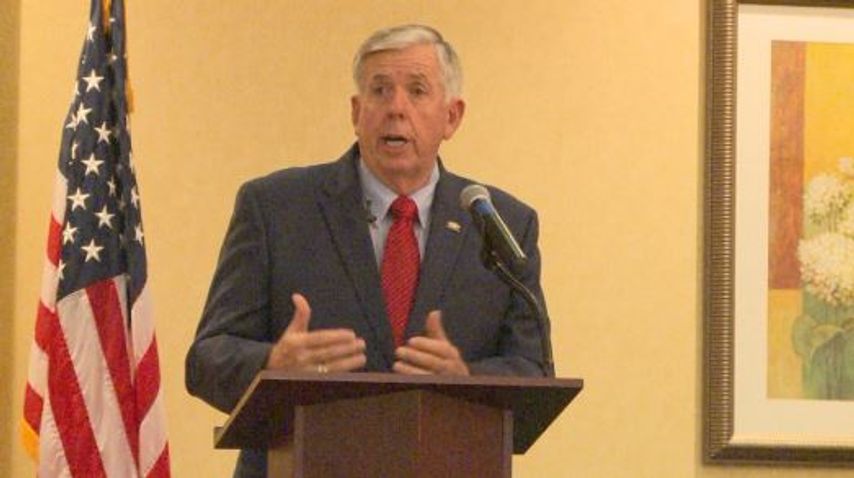 COLUMBIA - Gov. Mike Parson kicked off what he calls "Infrastructure Week" Monday morning at the Missouri Department of Conservation Roundtable.

This week long tour around the state is part of the governor's plan to promote Proposition D, an amendment on November's ballot.

"When you look at infrastructure, it's important for the state to realize we have to do something different when it comes to our highways, bridges and roads because it affects all of us," Gov. Parson said.

Proposition D, if passed, would use a fuel tax to fund the enforcement of traffic laws and road construction throughout the state.

Starting in July 2019, the amendment would raise Missouri's fuel tax from 17 cents to 19.5 cents, and increase by 2.5 cents the next three years after. This would generate about $288 million annually for the State Road Fund to provide funding for state law enforcement and around $123 million to local governments for road construction and maintenance.

"We have over 1,000 conservation areas around the state there’s a lot of infrastructure surrounding those areas and so it’s important that we have a plan to take care of it," Missouri Department of Conservation director Sara Pauley Parker said.

Parker said conservation and infrastructure are important and work together by improving the quality of life in communities.

The governor will visit 13 cities this week to share his support of Proposition D. His next stop is St. Louis Tuesday morning.