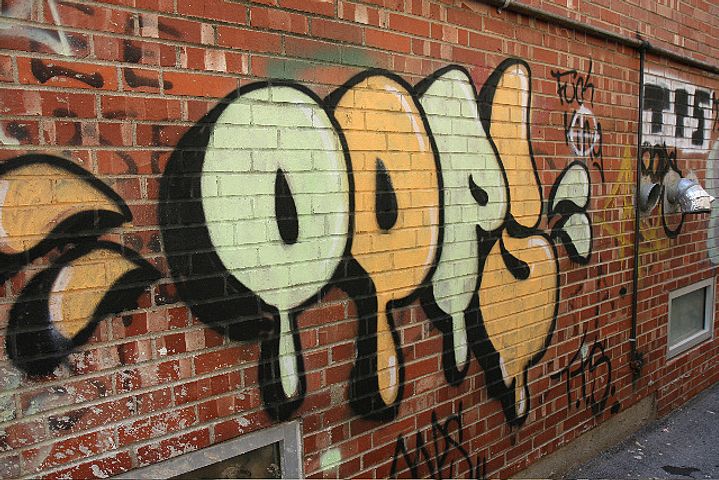 COLUMBIA - Graffiti on local businesses is causing some employees to feel unsafe. Graffiti can be seen on buildings on North Providence and Business Loop 70.

The Payless Shoesource on the intersection of Business Loop 70 and North Garth Avenue had a rude awakening last Thursday morning with the latest addition of graffiti to its building, according to employees.

Payless employee Charleen Robinson told KOMU 8 her work environment has changed due to the graffiti.  She said she does not see it directly impacting the business, but it is impacting the employees' attitudes about coming to work.  She specifically said she's nervous for the winter season when the sun goes down earlier.  She said she and other employees think they will be more scared to come and go to work when it's dark outside.

"It will effect us employee's who are closing at night because since the other buildings burned down there's not very many people around and then we are the only building around this area now and at night time, especially in the winter time it gets dark, it gets kind of spooky," said Robinson.

Robinson continued to say, "It is a shame that society has gotten this far with so much crime and violence.  It's a different world now.  It's a whole new generation coming up.  In my generation we had respect for things, but now people don't have respect for anything."

Robinson said the store called the Columbia Police Department to file a report.  She said the police instructed employees to call the department if it happens again so the incidents are on record. She said officers also reminded employees to be aware of their surroundings.

When KOMU 8 News asked the police department about the graffiti not many of our questions were answered.  Public Information Officer Latisha Stroer told me she did not know anything about the graffiti and does not know whether or not it is gang-related.  KOMU was told to submit a records request form to obtain more information about the reported graffiti in the Columbia area.