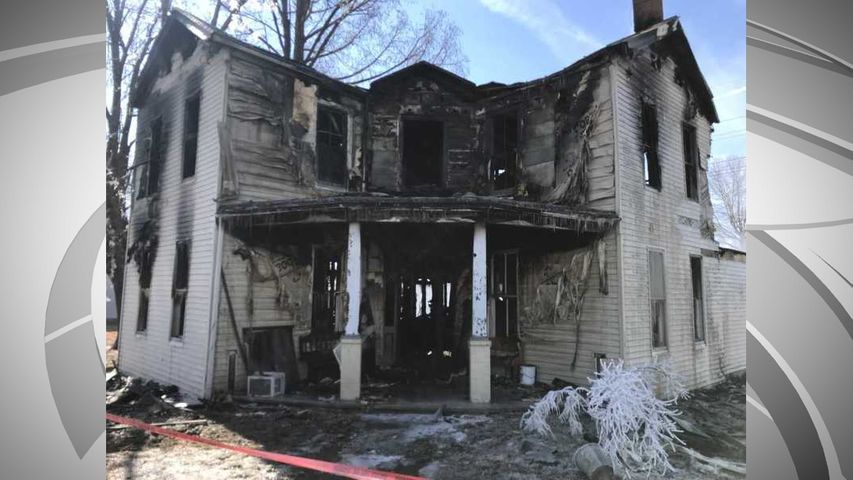 CHAMOIS – A house fire took the lives of two school-aged children in Chamois. The Musgrave family woke up to their home in flames around 10 p.m. Sunday. The parents and two children escaped the fire, but two other children did not make it out.

Leona Jones, the children's grandmother, said she hasn’t had time to process everything that's happened in the last 24 hours.

“I’m very numb. I’m coming and going on emotions,” Jones said. “I’m not sure what to do to help my daughter out.”

The small community of Chamois, with a population just under 400, has organized various ways to help the family.

“It makes me feel good to know that everybody is willing to help them out,” Jones said.

Heritage Bank of Chamois opened an account to help raise support. Anyone wanting to make monetary donations to the family can call the bank directly at (573) 763-5958.

Jerry’s Stop and Go is just one of the local businesses acting as a drop off point for people to donate to the Musgrave family.

“Last night was hard, but we’ve still got the hardest part to do,” Jones said. “Like my daughter, Lizzie, said ‘I don’t have a home, I’m homeless and I don’t have my babies.’”

Jones drove all through the night from her home about five hours away. She said after she took her family to where they are currently staying she wanted to come back to where her night began.

“I wanted to come see the house and remember what was going on and what we did in it,” Jones said. “It’s hard to look at the house and know what happened and that they’re never going to be here.”

Jones said she won’t forget the little time she had with them.

“I’m going to remember them by the pictures I’ve got,” Jones said. “I’m going to make a memorial of them and remember talking to them and their interests. The good times.”

The toys in the backyard are charred and melted, but Jones said she will remember the children happily playing together.

The sheriff's office said the house was fully engulfed when first responders' got there at approximately 10:15 p.m. Sunday night. Firefighters tried, but could not enter the home.

“It’s a very emotional task and our hearts, first and foremost, go out to the family,” Osage County Sheriff Michael Bonham said in a release. “But we’re also looking at our first-responders, especially our firefighters and dispatchers.”

“I can’t thank everyone that was here enough,” Chamois Assistant Fire Chief Sean Hackman said. “They went above and beyond what it took to do this last night.”

Hackman said the cold weather and dry conditions make it hard to get the fire under control and eventually put it out.

“Everybody seems to pull together here when something like this happens,” Hackman said.

The cause of the fire is under investigation by the state fire marshal’s office, but Bonham said it doesn’t appear to have been deliberately set. The house is a rental property.