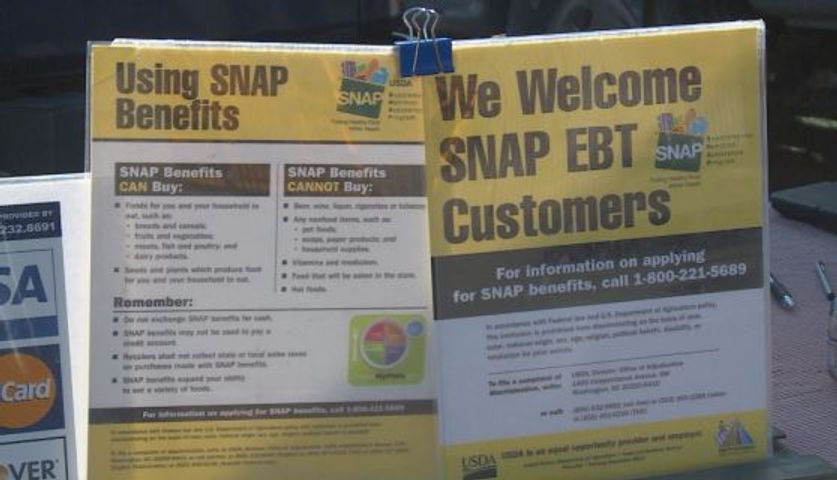 COLUMBIA – The Sustainable Farms and Communities (SF&C) received a $146,000 grant from the United States Department of Agriculture on October 11. The grant was given to help states develop the Supplemental Nutrition Assistance Program (SNAP) program.

Kenneth Pigg, chairperson of SF&C, said the grant will help widen the use of SNAP benefits in Boone County. SF&C was one out of 23 organizations around the country to receive this grant. He said the program helps promote healthy eating habits for families and he hopes more families will start spending them at the Columbia Farmers Market.

“Many of them are shopping at convenience stores for junk food. We know that’s cheaper, but it’s also not very healthy. So we want to get them to use healthier foods as part of their diet, rather than a lot of junk food,” he said.

Pigg said currently only 10% of SNAP participants use their benefits at the farmers market. He is especially concerned about families that have small children. He plans to use the grant to help families spend their money on healthy foods in the best way.

“Well that doesn’t buy you very much any way you cut it, and trying to eat healthy on that amount is difficult sometimes,” he said. “Part of what we’ll do is we’ll do some market testing to let people know where you can shop and shop at the most inexpensive cost.”

Pigg said the farmers market has about 80 SNAP users a week.

“Boone County has about 58% of the eligible population signed up for SNAP programs and we’re not using all the benefits available to our poor population to feed ourselves,” he said.

Pigg said part of the grant will be used for promoting SNAP use. He said he has help from a number of partners, including market organizations, the MU school of Public Health, the MU School of Journalism (ADZOU), the Central Missouri Academy of Nutrition and Dietetics, the Boone County Dept. of Health and Social Services, the Boone County Children Services Board, the Heart of Missouri United Way and many others.

“Our plan is to triple that number, and see if we can get a lot more people eating healthier foods from the market itself,” he said.

He said SF&C is exploring the direct mail program with the postal service. The program can target specific neighborhoods by income and identify households that qualify for the SNAP program. Pigg said by targeting these households directly, he hopes that would raise participant numbers.

He said some people aren’t aware they are eligible for SNAP benefits. In Boone County, a household of a family of four with income at $32,000 a year are eligible. He also said the reasons people don’t shop at farmers market is because of transportation issues.

Pigg said he wanted to set up Wi-Fi at the markets to share SNAP users experiences on social media.

Pigg said he also plans to help other farmers that are not part of Columbia Farmers Market to have their own SNAP device so families in other areas can have access to healthy foods. He said by involving markets in Ashland and Centralia, this could be an incentive for families in those areas to enroll for SNAP benefits.

He said the preparation to use the grants will take around three months.

“We have people we have to hire, we have some infrastructure we have to create, some procedures we have to put in place, and then we’ll probably start small-scale with Winter market that’s inside in January, and then really expand it when the market returns outside in April,” he said.