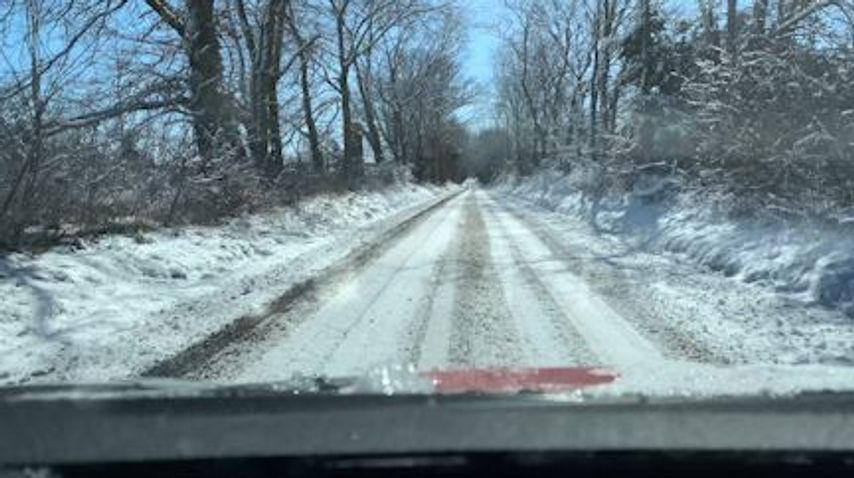 BOONE COUNTY - With winter weather moving through Tuesday night into Wednesday, plow drivers were out in full effect to make sure roads were clear and safe for drivers.

But what about those who live on gravel roads? Boone County hasn't forgot about those either, but it's hard to clear them sometimes.

"We've had a lot of citizen complaints, and understandably so," Brian Boyce, superintendent of Boone County Public Works, said. "And we're just putting everything we have right now towards trying to keep our gravel roads maintained and in good shape."

One of the biggest issues has been fluctuating temperatures that Mid-Missouri has experienced in the past couple weeks.

"In the past we would get maybe a week, two weeks, even possibly a month or two months where the road would stay frozen during the winter," Boyce said. "Now we're seeing the road frozen at night and thawing during the day, and that's caused havoc on our gravel roads."

Although Boyce says they're trying their best to clear gravel roads as quickly as possible, some residents don't agree.

William Muirhead lives near Hallsville, and has issues with the gravel road by his home.

"And this road began to deteriorate, very rapidly during the winter to the point where it was almost as bad as it is now, right now it's worse than it was last year," Muirhead said.

There is one saving grace, though. Since cold temperatures have frozen many of the gravel roads, Boyce says some of those plows can get to work on the gravel roads in the county.

"This is the perfect time to put the dump trucks on the road," Boyce said.

But Muirhead said he doesn't think the roads should be that bad to begin with.

"One of the things you expect when you live on a gravel road, but you don't expect to have to drive through mud every day. That's not a gravel road, that's a dirt road," Muirhead said.