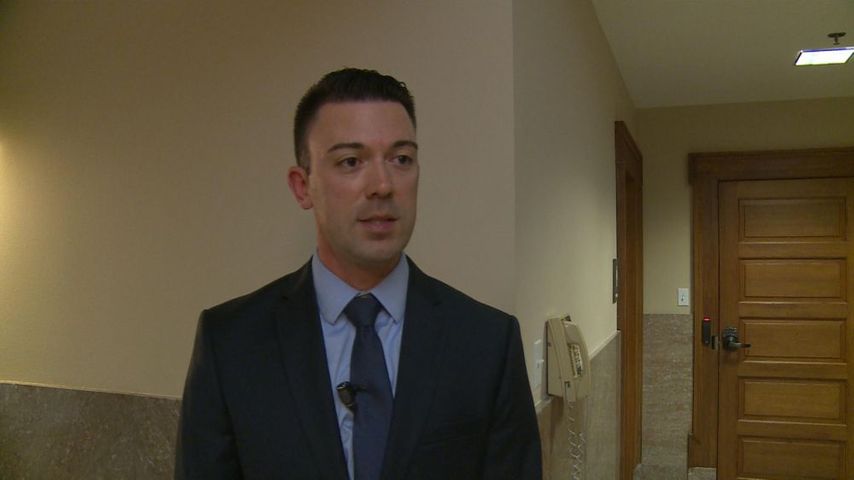 Taylor Burks, of Columbia, was appointed as the new Boone County Clerk. The position became vacant after the resignation Wendy S. Noren, who became ill after serving nearly 40 years.

Burks was sworn in Monday afternoon and is expected to begin full duties as soon as the county finishes the process of taking out a bond for him. The county takes out a bond on any employees who deal with financial matters. Fred Parry, the Southern District Boone County Commissioner, said it is a simple process and compared it to buying an insurance policy.

Parry said he expects the paperwork to be processed in the next day and that Burks will be overseeing next week's election.

Burks said he wants to hold up Noren's legacy.

"I think my biggest challenge is getting up to speed quickly before the election on Tuesday and then moving forward from there, rocking the boat as little as possible in these first few months so we can continue in her good works and see what we can do better for the Boone County residents,” he said.

Parry said he is confident that the transition will be smooth and that Burks is very capable.

“With the election just a week away and Missouri voting laws have changed and the 'Show It 2 Vote' regulation has come through so I think Taylor is a very smart guy with some great experience," Parry said. "I think he’ll be up to speed pretty quick, so we will have a smooth election."

Burks served as the director of distribution, inventory and asset management for the University of Missouri System for the last three years. Prior to that position, Burks was a supply officer in the U.S. Navy.

“When I was active duty in the Navy I was a voting assistance officer, helping service members get registered and exercise their right to vote. I’ve always been active with candidates and public policy that I’m passionate about and so being the hopefully nonpartisan clerk running elections here in Boone County is something that appealed to me based on that background," Burks said.

Burks is also the first Republican to hold the position of Boone County Clerk in the county's history.

“This is kind of an interesting change for office holders, a very welcomed change," Parry said.

Other appointments made Monday include Nicole Wood to the Conservation Commission; Gary Metzger and Joe Keifer to the Missouri State Employees Retirement System Board of Trustees; Melissa Gelner, Eddy Justice and Delbert Scott to the the State Board of Education; Teresa Acord as the new Shannon County Public Administrator; Sen. Will Kraus as a member of the State Tax Commission; and Julia Brncic, Jon Sundvold and Courtney Lauer as members of the University of Missouri Board of Curators.

This story has been changed to add additional information.