Greitens' attorneys pledge to get payment from state 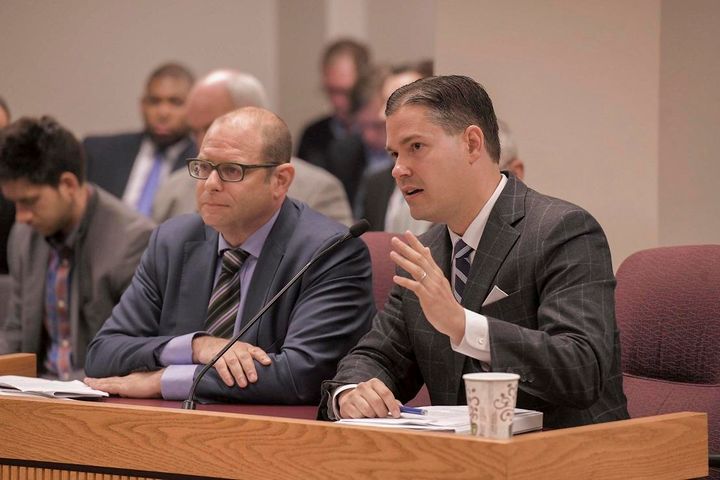 JEFFERSON CITY - Former Governor Eric Greitens’ attorneys said Friday they will pursue payment from the state after officials said this week they will not pay Greitens' legal fees.

Attorney Ross Garber issued a written reply to a question from KOMU 8 News, “I’m sure that when the political nonsense is put aside, the state will pay for the legal services that were delivered to the Governor’s office.”

Greitens hired Garber and Edward Greim to defend him while he was facing a possible impeachment. Some officials took issue with their service, saying they served Greitens as an individual and not the office of the governor.

“For example, the very first thing we did was to receive a subpoena to the office of the governor and then we made the response of the office to the governor to that subpoena by pulling staff emails and making a response, and so I can’t believe the office of administration thinks that the individual office holder has to pay for that expense,” Greim said.

The attorneys requested payment of more than $150,000. Greim told the Special House Committee investigating the former governor that he charged $340 an hour and Garber maintained he charged $320 an hour, half of his normal hourly rate $640.

Chairman Jay Barnes of the Special House Committee wrote a letter Monday asking Office of Administration Commissioner Sarah Steelman to not pay the legal fees. Garber had a response to his denial of the payment.

“The House Committee had two law firms and several in-house lawyers representing it in this matter, which implicated significant constitutional issues for the Executive and Legislative branches of the government,” Garber said.

Greim said he already has his next steps in mind.

“I think we’re going to try to make contact with her (Steelman) first. She made her decision without having contacted us at all and so, I don’t think that she has a sense of what we did,” he said.

If Steelman were to hold firm, Greim said he would continue to pursue payment from the state and not Greitens.

“We may just have to sue for breach of contract,” he said.