Greitens' plans for hair braiding regulations could cause problems 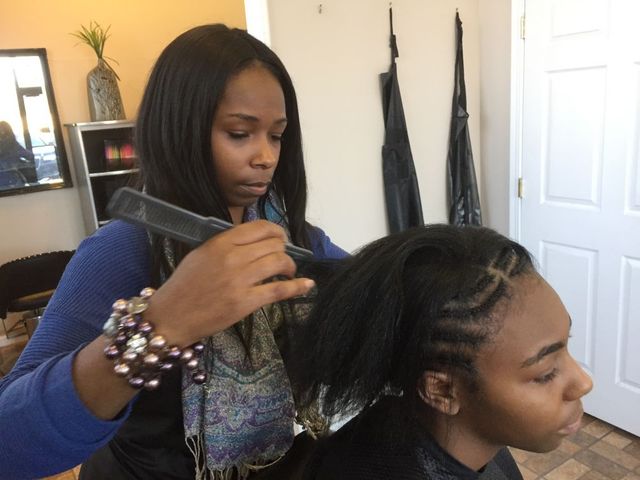 COLUMBIA - With Greitens now in office, mid-Missouri will likely see the new governor get rid of some business regulations. Greitens specifically mentioned hair braiding regulations in the State of the State address last month.

"Missouri’s government mandates 1500 hours of expensive training for a hair braiding license. That’s 30 hours per week of training for almost a full year…to braid hair. We need to end frivolous regulations like these so that our people can start their own businesses and create jobs," Greitens said.

Though some argue the amount of training for hair braiding is more than EMT training others say those regulations should still be in place.

Lee-Sha Tyler, a salon owner in Columbia said that he should at least keep safety and sanitation regulations in place and not do away with hair braiding regulations all together.

"I think the client is more at risk of hair lossage and just being put in an unhealthy, unsanitized environment. After all, I wouldn't want a cook who didn't know anything about sanitation or infection control," she said.

"I think people will be getting sued because lack of education. Not having that education puts them at risk for damaging people's hair," Tyler said.

However, not everyone is opposed the Greitens decision. Abby Wumbei, a hair braider who recently moved to Columbia from Florida said the braiding license and regulations are pointless.

"Braiding is just a traditional thing that passes on from generation to generation. You're learning from watching your mom," Wumbei said.

Wumbei says most don't use chemicals and all she uses is Vaseline, in which you don't need a cosmetology license to obtain. She also says that people are already not following the regulations and just braiding hair.

Tyler says if you want to become a hair stylist and braid hair you'll find a way to make it happen and the schooling and regulations won't stop you.

"It's worth it to you, your clients are worth you knowing the proper way to take care of their hair. Styling is just one part of it, but hair care sanitation all of those things are necessary. I think it's just a cop out for people that don't want to pay taxes, who don't want to be held accountable and it's easy," Tyler said.

Both women do agree that there should at least be sanitation regulations.

"I believe that if you are going to hair braiding and you're going to be honest and real and then I don't believe 15,000 hours is balanced. I think there should be at least 300-600 hours in sanitation, hair care, so that your client's hair is growing," Tyler said.

"The only thing you need is the basic sanitation to be able to do the hair. You don't really need all that. There is no point to go 15,000 hours to cosmetology school to learn chemicals you don't even want to use," Wumbei said.

During Greitens first full day of office he signed an executive order that bans state agencies from creating new regulations through the end of February. Any proposed new regulations must now first get approval from his office. The order also calls for a review of current regulations.