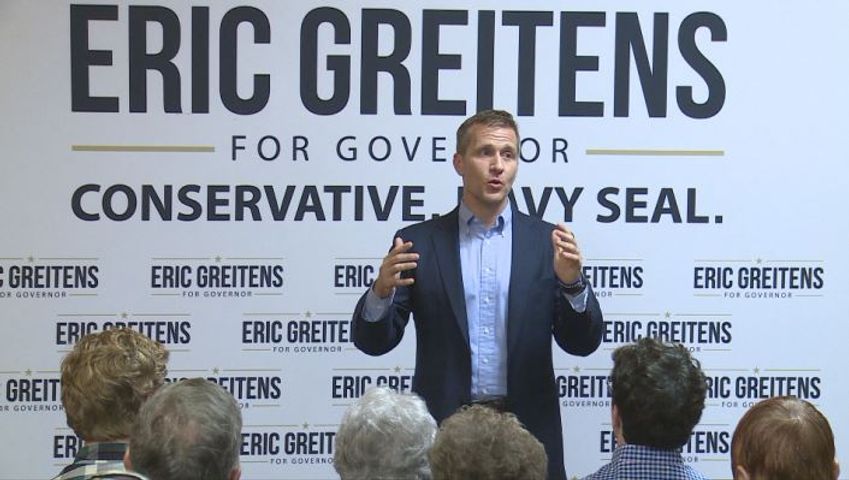 COLUMBIA - Eric Greitens rallied Columbia supporters at an event on Thursday as the 2016 election nears its end.

The major issues brought up by those in the crowd were veterans, the climate, and term limits.

Vanek Star, a retired US Army Sergent, said he supports Greitens because of his work eithic.

“He’ll help support vets, his actions speak louder than words, we say in the military and he’s proven that. He is no nonsense and say exactly what he wants done,” Star said.

Greitens and his campaign said they are trying to make a final campaign push before Tuesday’s election and mid-Missouri is an important part of that push.

“We are excited to be right here in mid-Missouri because we know that every single vote counts in this election,” Greitens said during the rally. “We’ve been here many times over the course of this election letting people know about the choice that they face.”

Greitens is focusing his campaign around being elected as an “outsider,” as he's never run for office before. He said this has brought a new wave of voters out for this election.

“I think what you saw out here today is that there is tremendous energy on this campaign, tremendous momentum, because people realize what’s at stake,” Greitens said.

State Rep. Nate Walker, R-Columbia, introduced Greitens to the crowd and was one of the lawmakers Greitens promised to work with if elected governor.

“We’re really excited to work with strong conservatives to bring results to the people of Missouri,” Greitens said.

Polls in recent days have shown the race for governor at a statistical tie. Chris Koster was also rallying supporters at a “Get Out The Vote” event in Kansas City.

The election is Tuesday Nov. 8.