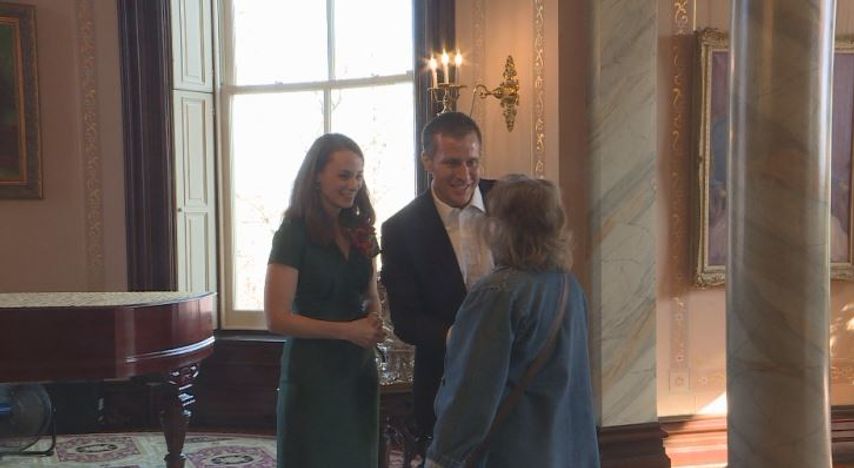 JEFFERSON CITY - Gov. Eric Greitens and First Lady Sheena Greitens opened the doors to the Governor's Mansion on Saturday to show its decorations for the holidays.

Over 13,000 stars throughout the mansion represent the 13,000 children in Missouri's foster care system.

"The first family is very, very interested in that cause and foster families," said Rebecca Gordon, the executive director of Friends of the Missouri Governor's Mansion. "It's really fantastic to be able to represent that here in the Governor's Mansion."

During the tours, from 10 a.m. until noon Saturday, children from the Boys and Girls Club of Jefferson City sang holiday music.

"This Missouri Governor's Mansion is Missouri's home, and we welcome people from all over the state," Gordon said.

The governor's office said Rock and Angela Schaller of Canton donated the tree.