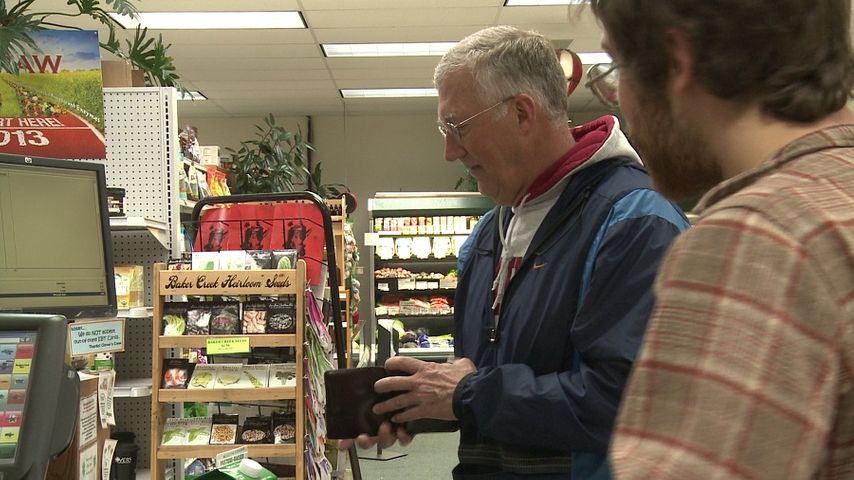 COLUMBIA - Recent snowstorms have inspired shoppers to stock up on groceries, and sales have fluctuated at local stores before and after the storms.

At Clover's Natural Market on Chapel Plaza Court, Manager Sean Foley said Tuesday was very slow in terms of sales. The store did not open until 3:30 pm, and Foley said the store saw fewer than a dozen customers by 7:30. However, Foley said customers came in droves Sunday and Monday to buy essentials like milk, eggs and bread.

Despite the low turnout on Tuesday, Foley said the store owes it to its customers to be there when they need groceries when other stores may be closed.

"It shows people that we're committed to providing people with goods, even during a snowstorm," Foley said.

Clover's closed for two days after the huge snowstorms in January 2011, but Foley said the roads were clear enough Tuesday to justify opening the store. He said even having just a few customers is better than the alternative of staying closed all day.

Aldi Food Market in Columbia remained closed all day Tuesday because of the weather conditions. It will reopen Wednesday morning.