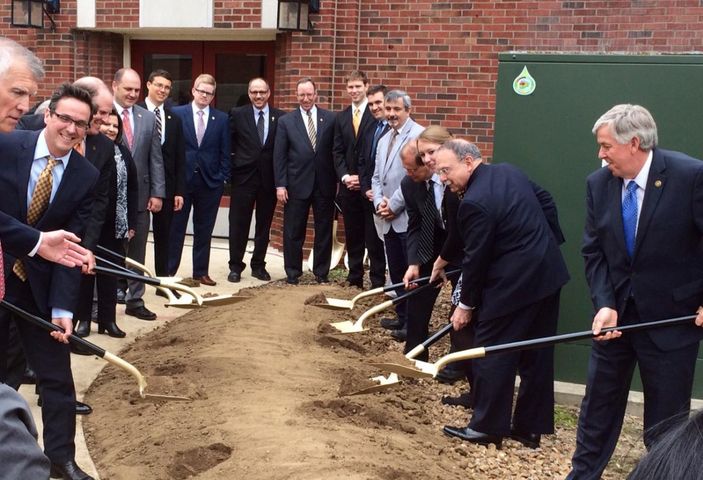 COLUMBIA - The University of Missouri's College of Engineering is receiving renovations to its main building.

University of Missouri and state officials kicked off the start of repairs to Lafferre Hall through a groundbreaking ceremony held early Monday.

The 1935 and 1944 additions to Lafferre Hall will be demolished and reconstructed beginning in May.

Bob Schwartz, dean of the College of Engineering, said it was time for renovation.

"From a leaky roof to having to cover equipment on an almost daily basis when it rains to protect it, it's been in need of renovation for a while and we're happy that the state has funded the project through the bonding initiative," Schwartz said.

The decision to renovate Lafferre Hall was approved by Gov. Jay Nixon after his tour of the building in October.

Nixon approved the state's issuance of $38.5 million for repairs.

Building namesake Thomas Lafferre said he is happy with the project and looks forward to the future of Lafferre Hall.

"It's been a wonderful journey. I do not regret for one moment the money I've spent and it's just money well spent and I'm just so happy that we're finally gonna see the rest of the building," Lafferre said.

The project is scheduled to be completed in December, 2016.