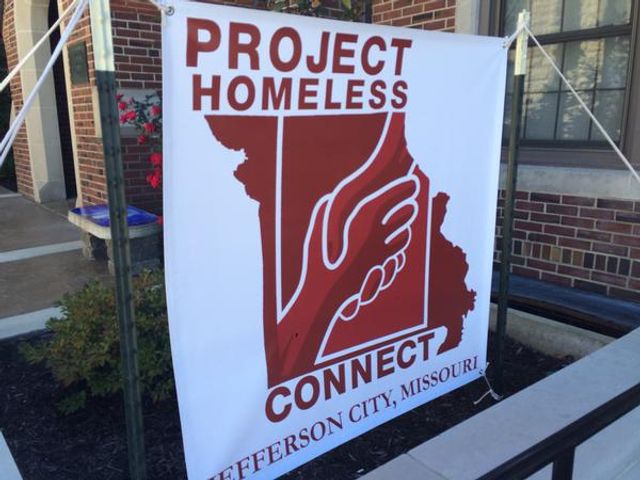 One of the around 200 volunteers said anyone can become homeless.

"It doesn't matter what your financial background is. It doesn't matter if you're white, black or Hispanic. Poverty can strike at any time, and we are literally one paycheck away from where a lot of the people here are," Patrick Williams said.

Despite the decrease, Kristen Hilty, the director of the Common Ground Community building, said the problem still exists in Jefferson City and across the state.

"We found there are approximately 125 individuals homeless in Jefferson City. That included people living in shelters as well as living on the street," Hilty said.

That is up 10 people from the previous year, Hilty said, and the number is likely much higher due to the difficulty in recording the number of homeless people in the area.

A homeless woman attending the event said it gives her hope.

"It's made me realize I'm not the only person out there struggling. And maybe through my situation and everything I have gone through, it can give help and hope to somebody else," Kristina Hughes said.

Hughes said she hopes the services will continue.

The Marketing Chair for Project Homeless Connect, Natalie Newville,  said she hopes this event will be the first of an annual event to happen every year.