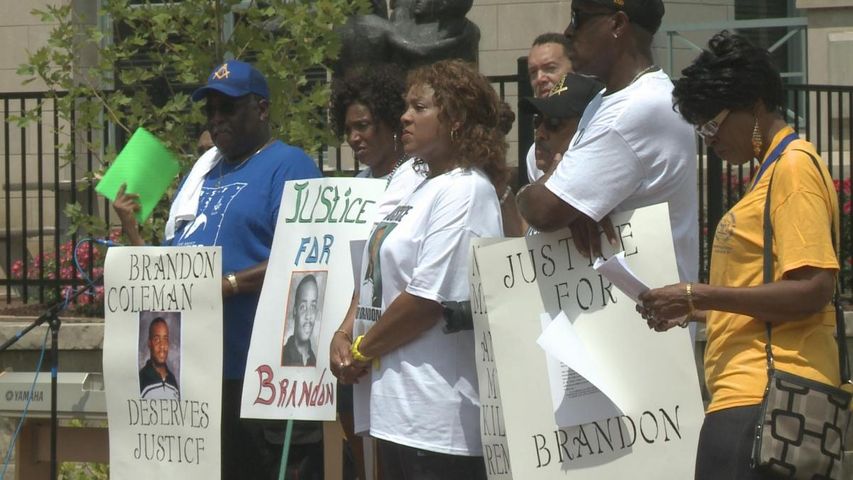 COLUMBIA - About 100 people gathered outside of the Boone County Courthouse Saturday afternoon in honor of a 25 year-old who was fatally shot back in May. The mission was to fight for justice in the unresolved case of Brandon Coleman's death.

Coleman was killed in an altercation that quickly escalated into gunfire on May 19. He was shot four times in the chest.

However, Coleman's mother, Winona, believes her sons case has been unfairly treated. She said police told her that her son's death was the result of him coming with the intent to get involved in the altercation. But Winona says that was not the case. She believes her son was purely there as a friend to help put an end to the disturbance.

Winona said she did not raise her son to be violent. She told the crowd on Sunday that this case should serve as a reminder for others.

"Raise your sons not to go about things in a violent manner because violence does not solve anything. Teach them to use this. Get your education. Let's stop the violence," Winona said.

At the time of the shooting, police questioned everyone they believed to be involved in the case. An investigation is ongoing, but no arrests have been made.