Group must subpoena Confide in suit over Greitens, staff use of app 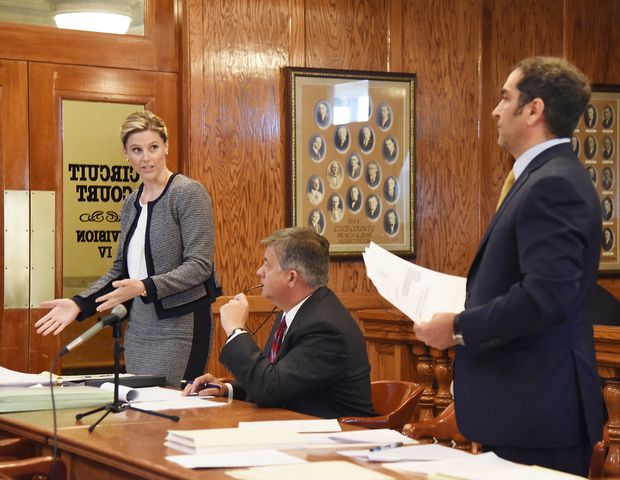 JEFFERSON CITY - A Cole County judge says there are a few key legal questions to be answered before he can make a decision on whether former Governor Eric Greitens and his staff violated Missouri law when using a texting app that deletes messages.

The Sunshine Project contends Greitens and his staff, by using the Confide App, destroyed public records.

Judge Jon Beetam said Tuesday that could be impossible to know if there are no actual records of the deleted messages.

"The violation occurs if there was a record and it was destroyed," he said.

The Sunshine Project's attorney, Mark Pedroli, wants a forensics expert to examine both state and personal phones from Greitens and 19 other people.

But Beetam said he won't allow that until the app's maker confirms whether it is possible to retrieve the deleted messages.

"I want to decide are there records or are there not records. If someone can find the records, I will look at that. I'm not ordering anything on the phones until I have a handle on that," Beetam said.

Another issue is how many names defense attorneys have given Pedroli.

Barbara Smith, one of the attorneys for the governor's office and custodian of records, said it gave Pedroli a list of eight people involved, in the form of a press release.

"There are 12 additional people that used confide in the office of the governor," he said. "This is important and demonstrates the need for assertive discovery."

Smith said there is no way to tell whether Greitens and his staff were discussing matters of the state, thus creating and then deleted public records.

When Pedroli said it's unclear whether the 20 people used their state phone or personal phones. Smith said the judge's earlier order did not require such information.

Pedroli said, in addition to the subpoena and forensic examinations, the question of what happened can be answered by putting the people involved to testify..

"People have memories, when they testify under oath, they'll tell you," he said.

On another issue, Beetam ruled defense attorneys for the governor's office do not have to respond to any questions about the use of the Confide app prior to former Greitens' inaguration on Jan. 9, 2017.