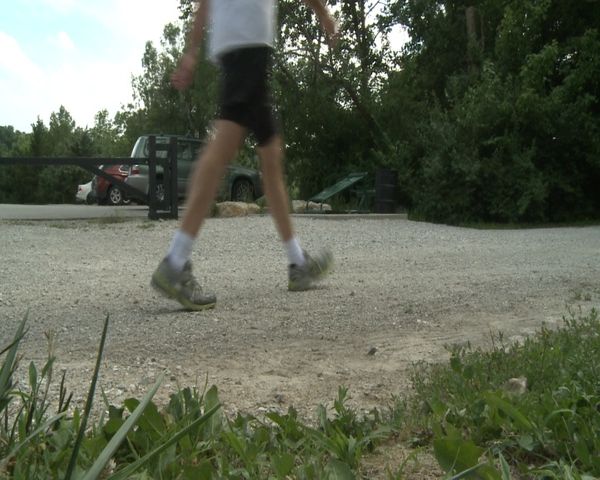 ASHLAND - Ashland residents gathered Wednesday to watch a presentation on ways to make city roads easier to travel on by foot and bicycle.

"Livable Streets" policies, better known as "Complete Streets" policies nation-wide, attempt to promote healthy life styles by enabling walking and biking on roads. Additionally, the policies aim to make it safer to travel for people without cars or with disabilities.

"For several decades, we mostly as a country thought of transportation just for automobiles, and so we built a lot of roads without sidewalks," said PedNet Director of Consulting Robert Johnson.

PedNet is an organization hired by the Missouri Department of Health to present potential "Livable Streets" policies to Missouri cities.

"Then we woke up one day and realized that 30 percent of our population is overweight, our diabetes rates are doubling and that gas is really expensive," Johnson said.

"Complete Streets" policies are not new. Columbia adopted the idea in 2004, and the number of Missouri cities with the policies is increasing. Only five cities had adopted them in 2009, but that number has increased to 23 cities in 2014. Central Missouri cyclists say they notice a big difference between cities with and without the policies.

"We just rode our bikes through Ashland this Sunday and it was really difficult," Callaway County resident Greg Glover said. "The roads aren't designed for biking, so you have to find side roads to feel safe. In Columbia, they have bike lanes that make it easier to go out and ride."

But Ashland Mayor Gene Rhorer said he is more concerned with adding sidewalks than bicycle lanes to roads.

"I don't know that bicycle trails are warranted here in Ashland, since you can literally walk from one side of town to the other in 30, 40 minutes. So I'm more so looking for walking trails to stay healthy and sidewalks for our kids to get safely to school," Rhorer said.

Rhorer said he doesn't want to increase taxes or shift funds from other areas of the budget to fund the projects. He said he would prefer to fund them with a grant.